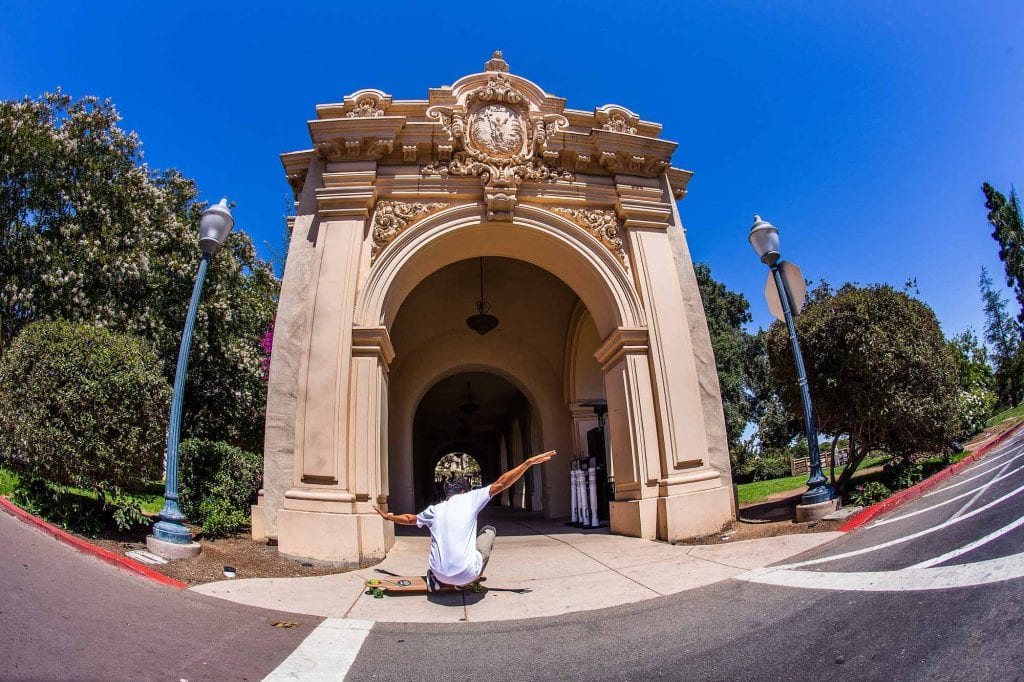 For years, one of the biggest challenges facing college students has been finding the best way to get around campus and Sector 9 Skateboard Co. believes their products provide the perfect solution! Since the 90s, the brand has consistently created premium quality skateboards for a wide range of consumers, made from various materials including wood and fiberglass. Their most popular boards are made from 100 percent sustainably harvested Bamboo, highlighted by their “Save a tree. Ride a weed.” campaign.

They’ve never been shy about sharing their mission statement, which is ‘We Make Fun’ and are both inclusive and transparent when they say, “We don’t care if you’re six or 60, we just want to put a smile on your face! We love making skateboards for the young and old, that give them the gravity defying speed and sensation they crave!”

Sector 9’s story actually began in 1993, with a group of college roommates, living in La Jolla, CA. Their house consisted of a bunch of good friends, a pool table, a mini-ramp, a ping-pong table and a surfboard shaping room all across the street from some nice smooth hills that led down to the local beach.  As you can imagine, with all of these fine features, it became quite the hangout spot. At the time, the group had a friend from Hawaii who used to always razz people by calling them ‘Nine Balls’.  One day he called to see what was going on at the house, but everyone was out ‘studying’, so he had to leave a message on our answering machine and asked, “What’s going on over there at Sector 9?”, which to the roommates meant a house full of ‘Nine Balls’.

Coincidently, one of their favorite neighborhood hill cruisers, that was a snowboard-turned-skateboard, had recently been stolen.  A few replacement boards were almost finished and just needed the finishing touches of a logo. The answering machine message was heard, and Sector 9 not only had a nice ring to it, but also seemed fitting, so it stuck, and the 9-Ball logo was born.

When people saw the Sector 9 crew skate by on these odd-looking longer boards, many times trying to alleviate the time between the campus parking lot and their lecture halls, the interest was immediately apparent, and production began in the backyard of the house. Lots of learning, and a couple of evictions later, they were forced to move into their first warehouse that would become the Sector 9 skateboard factory.

Entering the market at a time when every part of a skateboard was getting smaller, Sector 9 purposely went against the grain and began producing longer, wider boards, with bigger wheels.  This combination not only made the boards easier to ride, but also allowed them to travel much longer distances, with less effort required on behalf of the rider. After the initial launch, it seemed like the brand had more hecklers than they did fans, as people outside of their local area didn’t quite know what to make of these unique skateboards that were ‘built for surfers, by surfers’. But the 9-Ball slowly began rolling, first from coast to coast, then from continent to continent.

Sector 9’s following grew and grew and their families, employees, friends, followers, believers and customers all simply became known as 9’ers. Today, the brand is very much aware that the simple reason they’ve been able to persevere over the long course of this 25-year journey is because of their people: The 9’ers, worldwide. Like most long journeys, theirs has been filled with a number of road-blocks, breakdowns, wrong turns, mistakes, jump-starts, peaks, valleys, backseat drivers, victories, defeats, and occasional periods of smooth sailing on the open road.

Today, Sector 9 is a global brand, selling a wide range of skateboards, components, safety gear and softgoods in over 90 countries.  The company has always been headquartered in San Diego, CA, and they remain committed to creating a wide range of highly functional and innovative products for use by anyone and everyone—from the mountains to the sea, and everywhere in between!

Previous ArticleThe Smokebuddy Air Filter: Smoke Where You Want, Not Where You CanNext ArticleBack to School: Getting Around Campus