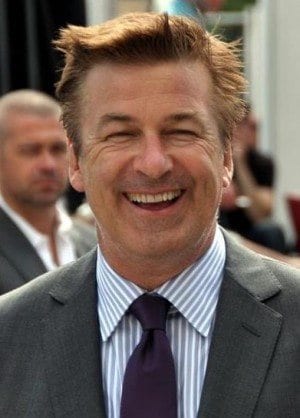 Alec Baldwin’s accused stalker, Genevieve Sabourin, claims that she has intimate knowledge of the star’s body, convinced this proves to everyone that she indeed had a romantic relationship with the actor. Sabourin told Entertainment Tonight “How come I have his cell phone number? How come I know he’s got a scar…on his bikini line that is round?”

Of course these claims don’t help with her persuasive efforts to continually convince people that she’s not crazy. According to Sabourin, she merely wanted closure on the relationship when the Canadian actress showed up uninvited to Baldwin’s New York City home. She said, “I’m not crazy, I’m not a stalker.”

Sabourin is convinced that the term “stalker” is merely a misunderstanding. Speaking on her feelings for Baldwin, she said “It was love, for me it was love…I felt it. I don’t think it could be a one-way thing.” She claimed that she had Facebook e-mails that proved their relationship, but lost them in a “moment of passion.” She went on to say “When I saw that he had begun seeing someone else, I decided to cancel our friendship on Facebook, and because of that I lost the entire content of our conversations.”

Baldwin, however, insisted that he only took Sabourin to dinner in 2010 to help out a mutual friend, which it’s safe to say that he thoroughly regrets. Shortly following the platonic dinner, he was overwhelmed with e-mails and unwelcome visits from Sabourin.

Sabourin’s attouney has attempted to get the case thrown out of Manhattan Criminal Court, but has been unsuccessful. Baldwin is also reportedly open to avoiding a trial and instead resorting to an out-of-court settlement.