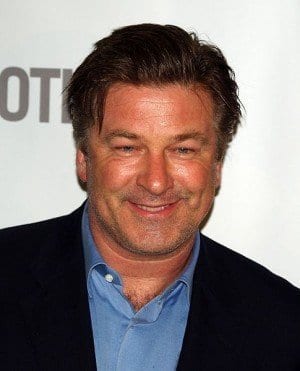 Alec Baldwin left clues on his Twitter on Wednesday that might be implying his departure from NBC.

Alec Baldwin has left viewers biting their nails in anticipation about him allegedly leaving the hit comedy series “30 Rock.”

His reasons behind the decision involve the accused stalker of Baldwin, Genevieve Sabourin.

Baldwin went on a date with Sabourin, back in 2010, but shortly after began receiving “a series of annoying and unsolicited communications from her via email and text,” according to E! Online.

The situation got serious when Sabourin flew to New York to track Baldwin down, accompanied with emails insisting that Baldwin marry her instead of current fiancé Hilaria Thomas.

Sabourin is being charged with aggravated harassment and stalking charges and has a temporary restraining order against her.

Baldwin has opened denied that a relationship between them existed and tweeted, “Isn’t it odd when an accused stalker is in handcuffs, being taken away by the cops, yet smiles for the camera.”

Because of all this publicity, NBC’s morning show, “Today,” has been outside of his residence and Baldwin has not shy on his feelings, according to the Washington Post.

He tweeted, “The television crew camped outside my apt said they were with the Today show. #howthemightyhavefallen.”

“A story about stalking sure brings out the stalkers in the media. But, the Today Show?”
Baldwin has sent the media in frenzy over his tweets especially, “I think I’m leaving NBC just in time.”

His comments have the public questioning NBC’s chairman Bob Greenblatt’s claim that NBC would be keeping Baldwin for “30 Rock’s” up-coming seventh season.

However, this is not the first time Baldwin has claimed that he was leaving NBC.

In 2007, he mentioned leaving Hollywood to develop his relationship with his daughter, after a voicemail leaked of Baldwin calling his 12-year-old daughter a “rude, thoughtless pig,” because she had not answered the phone when he called.

In 2010, he told CNN that he wanted to leave Hollywood for a life outside of it.
“As much as I like acting, I know that I would love to have a different life. A private life, “Baldwin said. “I think that doing this now for a living has become really, really hard. I would rather go do other things, and with whatever amount of time I have left in my life, have more of a normal life.”