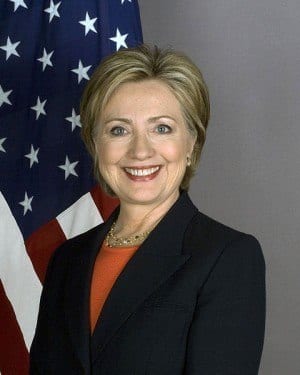 Camels and chickens offered to those who help in the hunt

Terrorist group, al-Qaeda, is offering the al-Qaeda bounty of 10 camels to whomever can help to locate President Barack Obama after the capture and assassination of al-Qaeda’s deputy leader Abu Yahya al-Libi in Pakistan’s tribal belt.

Al-Libi has promoted his escape from the U.S. military prison in Afghanistan via videos on the net and also ridiculed his U.S. captors.

Khalaf offers money for Hillary Clinton’s whereabouts, as well as Obama’s. “Whoever brings information about the whereabouts of infidel Obama and the lady of Bill Clinton, the woman named Hillary Clinton, I will give a reward.” Said Khalaf.

And according to ABC News, Shabaab said, “Anyone who helps the Mujahideen find the whereabouts of Obama and Hillary Clinton will be rewarded with 10 Camels to the information leading to Obama and 10 hens and 10 cocks for Hillary.”

Shabaab’s proposal is worth 20 chickens and 10 camels, and Khalaf claimed that the camel’s value “is like the dollar of today,” on the al-Qaeda bounty.

Khalaf considers Obama and Clinton infidels, and he calls the war on terror a “holy war.” Khalaf also said the al-Qaeda bounty from infidels was “nothing new.”

Al-Libi was the only person killed in a drone strike across a compound in Pakistan during a U.S. covert war. The strike incited the al-Qaeda bounty of camels and chickens.

A U.S. official said, “There is no one who even comes close in terms of replacing the expertise A-Q has just lost.”

Bill Roggio of the Long War Journal said, “There are people who will step up to fill the void. Al-Qaeda has a far deeper bench than the administration gives it credit for,” adding, ” Killing the top leadership harms al-Qaeda, but it won’t defeat them.”

Al-Libi was thought to be part of an Islamic group striving to oust Moammar Gadhafi, during the 1990s, and was raised in Libya. He also advocated Pakistanis to oust their own government after consulting with Pashtun militants whom created restrictions on al-Qaeda.