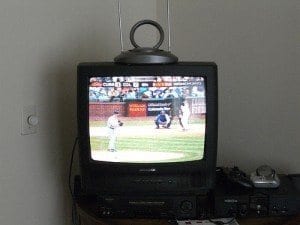 The stations say they will do whatever it takes to shut Aereo down, even if they have to take their own signals off of the airwaves. The courts have ruled in favor of Aereo twice, even though traditional broadcast stations are concerned that Aereo will turn into something bigger.

“It’s Aereo today, but it could be something else tomorrow,” Robin Flynn, a senior analyst at SNL Kagan told the New York Times.

Local television stations have collected retransmission fees for years, from cable and satellite operators who picked up their signals and put them back out for subscribers. The stations say they are not able to revert back to their other source of revenue, alone, which is advertising, after having operated with this other source of revenue for so many years.

Aereo does not pay retransmission fees for the signals it acquires, just as antenna users do not. News Corporation, the Walt Disney Company, Comcast, CBS, and Univision sued Aereo last year for copyright infringement, which they failed to win.

Other stations, like CBS, propose taking their programming off of airwaves, entirely, but say it will most likely not get to that point.

The New York Times reported that millions of Americans receive their television through antennas only, and that if stations did take their programming off the airwaves, this would negatively impact those people.