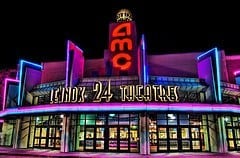 An Overview of Action Movies Rolling Out in Theaters This Month

If you’ve been in the theaters lately, you will have seen some trailers for some really good (or at least visible) stuff coming out. Here’s an overview of what’s going to come this month, as well as my current opinions:

Made by two famous names in the action film industry, director Jonathan Liebesman (Wrath of the Titans and Battle: Los Angeles) and director/producer Michael Bay (Transformers!), this flick is receiving lots of attention. Mutant turtles emerge from the sewers to save New York City from a villain. This is their chance to change their status from outcasts to heroes. I’m not sure if it’ll be good, but I’m willing to try it out of nostalgia. I sporadically watched the cartoons as a kid, and people who were fans of the cartoon will be coming out to see it.

A bunch of people chase tornadoes in the town of Silverton and document their adventures. The basic struggle is human v. environment, a struggle for survival.  As a tornado non-enthusiast, I’m not too excited. Not even Richard Armitage (who plays Thorin in the Hobbit trilogy) would make me want to see it. From what I’ve seen on reviews, Into the Storm has its good and exciting moments, but ultimately it doesn’t stand out as a movie.

Explosions, a group of famously ass-kicking actors including my state’s former governor, and a bulky-as-fluff Sylvester Stallone? Planes, helicopters, trucks. Punching bad guys and babies (okay, maybe not the second part). Sure, why not. I don’t expect anything from here to make me question the condition of humanity. I expect fun explosions and a mediocre script. Looks great on the big screen. I’m down to see it if there’s nothing better.

The trailer for this is great. The two New Girl actors Jake Johnson and Damon Wayans Jr. take on roles as fake cops trolling the streets, but then things “get real” as they find themselves in legit danger. It looks hilarious, and I think they’re both perfect for the roles. I’ll definitely go see it.

Sin City: A Dame to Kill For

As the sequel to the 2005 Sin City movie, Sin City: A Dame to Kill For will include more stories from the comics written by Frank Miller. It’s hard to say whether this is a literal “sequel” or “prequel” because the comics themselves weren’t released chronologically. The stories take place in a violent and corrupt town. The original Sin City movie is rated 8.3 stars on IMDB, which is really good. Jessica Alba will be back, and Eva Green (my celeb crush) will play Ava Lord. I would have to see the first one before I decide on this one.

CIA field operatives never really retire, do they? This is a spy flick with a James Bond-like plot. An ex-CIA agent finds himself on a personal mission that involves fighting a former student and maneuvering himself within a political game of CIA officials and Russian politicians. As of right now, I’m not too interested in this movie, but if you’re into spy movies you can check it out.