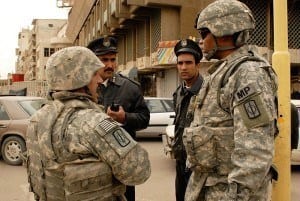 Soldier suicides have shot up according to new reports

A new report shows that suicide reports amongst soldiers have shot up. According to the Associate Press (AP) soldier suicides are averaging about once a day.

Statistics gathered by the Pentagon from the AP, 154 suicides of active duty soldiers in the first 155 days of the year by is about 50% more than U.S. forces killed in action in Afghanistan.

Soldier suicides caught many officials off-guard due to suicide rates amongst soldiers leveled off in 2010-2011.

From the AP increasing troubles plague U.S. soldiers, “The numbers reflect a military burdened with wartime demands from Iraq and Afghanistan that have taken a greater toll than foreseen a decade ago. The military also is struggling with increased sexual assaults, alcohol abuse, domestic violence and other misbehavior.”

Defense Suicide Prevention Officer at the Pentagon, Jacki Garrick stated in an interview on Thursday, “We are very concerned at this point that we are seeing a number of suicides at a point in time where we were expecting to see a lower number of suicides” adding the weak U.S. economy isn’t helping the situation.

Reasons for the upward increase remain unknown but studies done on soldier suicides have shown “combat exposure, post-traumatic stress, misuse of prescription medications and personal financial problems” could be possible explanations. Soldiers who serve multiple tours are at a greater risk of committing suicide.

Dr. Stephan N. Xenakis states, “It’s a sign in general of the stress the Army has been under over the 10 years of war…We’ve seen before that these signs show up even more dramatically when the fighting seems to go down and the Army is returning to garrison.” Xenakis is a retired Army brigadier general and practicing psychiatrist.

Xenakis added that many senior officers do not understand the extent of the issue. Prime example, Major General Dana Pittard, recently told soldiers considering suicide to “act like an adult.”

In a statement Pittard said, “I have now come to the conclusion that suicide is an absolutely selfish act…I am personally fed up with soldiers who are choosing to take their own lives so that others can clean up their mess. Be an adult, act like an adult, and deal with your real-life problems like the rest of us.” –adding they seek help.