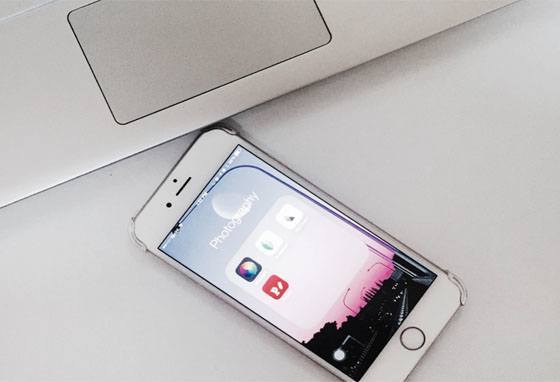 If you are reading this article now, you are probably one of the millions of people that is hooked by the portal of this generation also known as Instagram. Being listed as one of the essential apps you need on your phone, surely Instagram is a no-brainer term for you. There are over 2 billion smart phone users worldwide and it may be doubled by the end of 2016 and 300 million of those, including me, have an Instagram account. Recently, Taylor Swift dethroned Kim Kardashian as being the most followed personality on Instagram. You might be imagining now that she has 300 million followers but NO! She only has 45 million followers! Not even the quarter of 300 million users of the app. How is that even possible? Don’t ask me. I don’t know.

Going back to the title of this article, you are here probably for 2 reasons. It’s either you are already an Instagram addict and you know deep down that you have a wonderful photos on your feed but you just want to make sure you are using the apps that will be mentioned here. OR I will give you the benefit of the doubt that maybe you are just an innocent person that want to step up your Instagram game. Who knows right? Whatever the reason may be, I will not judge you and I’m here to enumerate 4 miracle apps that you need in your life.

First things first, yes, it is a free app. Is it amazing? Surely it is.

Snapseed is one of the most amazing app there is for photo editing. Personally, I’ve been using this app from the moment I started Instagram which is way back 2011 and from then on it just gets better. The best feature of this app is its selective tool which lets you edit the brightness, saturation and contrast of a certain part of your photo. It comes handy at times when there’s just teeny-tiny spot you just want to correct on your photo. It’s so useful you will love it the first time.

You already probably know this app. I mean, if you are using Instagram I can bet on this that you have seen at least one of your friends posting a pic with a hashtag #vsco #vscocam and by that, if you are still clueless about it, I am telling you now that this is the app they are talking about. And by the term ‘they’, I, myself, is included.

I also used this app way back 2011 when it was still a paid app. You read it right, it was once a paid app but they want to cater more people, I guess, so they made it free for the public to consume and they also opened it for Android users which is the greatest news ever. VSCO lets you edit your photos with a film-esque touch and it just never gets old. The app itself is free and it has already comes with few presets that you can use on your photo but if you are not satisfied they also have premium collection presets that you can buy on their store. Nothing is expensive if you are up to have that #feedgoals, amirite?

Best $.99 you will ever spent on a photo editor app. VSCO and Afterlight are like best of friends. They share the same things but they have differences that compliments each other. If you love having the film effect on your photos, you can rely on this app that it will give you 100% satisfactory thumbs up! The great thing about this app is that you can do so many things on this that you can’t do in just one app.

What differs it from VSCO is that it has unique cropping and transforming tools with more than 15 presets, double exposure tools, natural light leaks, scratchy film texture and 128 different frames to choose from. All those features by the price of $.99? Yes. Deal.

Fun fact: Back in the day, it was once called After Glow.

Are you one of those peeps who just love typography for their feed? Well, I guess, this one is for you. Phonto is an app that lets you add beautiful texts on your photos. You can install your own fonts if you are that picky but they have 400 fonts available. Crazy right? This app is very user-friendly and you can do so many things on your texts like change its size, rotate it, change its color, its transparency, and endless possibilities for me to mention here. And did I mention that it’s FREE?

If these photo editing apps doesn’t level your Instagram photos game up then we don’t know what will. Let us know if you tried any of these apps or you just happen to have these on your phone already so we can have a discussion down below. Sounds good? Leave us a comment!

Previous ArticleUS nuclear deal with IranNext ArticleIs this the real kind of love?