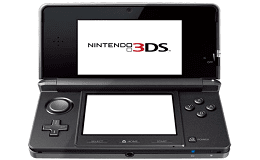 Need a racing game for Nintendo 3DS? Find out which one takes the trophy

Whenever a new video game system launches, racing game junkies can count on two things: High prices and a new version of Namco’s “Ridge Racer.” With the release of Nintendo’s new 3DS handheld, however, “Ridge Racer” has some competition from Gameloft’s “Asphalt 3D.”

To help you decide how best to spend your hard-earned cash, College News is pitting these portable racers against each other in Nintendo 3DS grudge match.

“Asphalt 3D” has a lot going for it in the numbers department: 42 licensed vehicles from companies like Aston Martin and Ferrari, and 17 real-world locations like Paris, Aspen and Las Vegas. When it comes to game play, Gameloft’s racer offers some genuine – if not thrilling – fun, especially when roads are littered with nitrous boosts and shortcuts. High speed collisions, however, are head-scratchers. A slight tap against oncoming traffic and you’re sent spinning toward a guardrail, but plow into the vehicle in front of you at 100MPH and you’ll scoop it behind you as if it were a feather.

“Asphalt 3D” is technically a rehash of Gameloft’s “Asphalt 5” for the iPhone, and doesn’t come close to representing the graphical prowess of the 3DS. Car models look decent enough, but textures are muddy and it lacks the level of polish present in “Ridge Racer 3D.” Strangely enough, the demise of “Asphalt 3D” is attributed to the good quality of the iPhone version. For $6.99 on the App Store, you get more racing modes and an online multiplayer, something the 3DS version lacks while selling for a staggering $39.99. To its credit, the career mode is more robust, but it lacks the level of challenge most racing purists desire.

A staple of game console launches, “Ridge Racer” has always exuded this techno-urban vibe, and tracks like Downtown Rave City truly showcase the visuals of the 3DS. The system’s 3D capabilities are put to great use as well, adding a level of immersion which benefits your driving habits. Playing the game in 3D makes it easier to judge the distance to a corner or a nearby opponent. It even adds subtle touches like cherry blossoms that blow in the wind and smack realistically against your screen. That said, it’s also the first 3DS title (I’ve played eight thus far) to give me a genuine headache, so use the 3D functionality conservatively.

“Asphalt 3D” has the advantage when it comes to licensed cars. the collection in “Ridge Racer 3D” is entirely fictional, though the car models themselves look slightly better. Also included with every copy of the game is the most annoying backseat driver you’ve ever heard, constantly adding grating commentary that gets old after the first series of races.

Minor gripes aside, what this game does exceptionally well is present the thrill of arcade racing. The heavy (if exaggerated) emphasis on drifting – a staple of the franchise – results in an exhilarating sensation of speed, especially when played using the bumper camera. The career mode will keep you busy for at least 15 hours, and the challenge during each tournament feels just right.

While we expect inevitable titles like “Need For Speed” to surpass the level of polish and depth present in “Ridge Racer 3D,” Namco’s faithful racer easily takes home the crown when it comes to the two available racers at launch. It utilizes the 3D effect brilliantly, and packs more fun into its tiny cartridge than Gameloft’s lazy competitor.