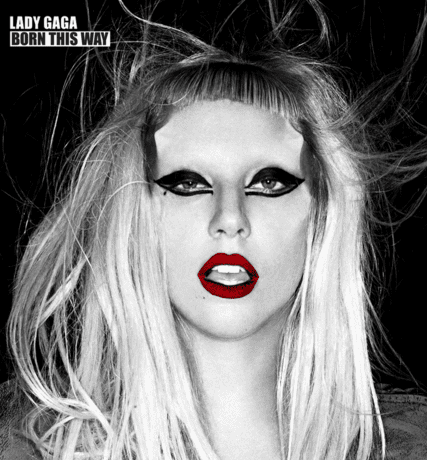 Released in 2008, “Poker Face,” the second single of her album, The Fame features a strong melody with two unforgettable, defining hooks, “Mum mum mum mah” and in the chorus, “Can’t read my poker face.”

The robotic resonance, as fitting with the synth pop or techno pop genre matches the hit’s heading, “Pokerface” referring to an expressionless face. In an exclusive London gig, hosted by Belvedere vodka, Gaga explained to fans how the song came into play, “You know his song is actually about when I was making love to this guy that I was dating a long time ago…I was thinking about chicks every time we had sex.”

Following Poker Face’s glory, Gaga managed to create another chart topping success with “Bad Romance.” Written and produced with the help of Nadir Khayat, the song lyrics combined with the music video’s sinister imagery offers a dark humoured portrayal of Gaga’s complex relationship history with men at that time.

The single itself became the most downloaded song in UK Chart history, while the music video for “Bad Romance” shot up to the most viewed video on YouTube in 2010.

As Gaga received international acclaim with her album, The Fame, she also courted attention for her unique sense of style. At the 2010 MTV Music Awards, she wore a now iconic meat dress made up of raw steak; in spite of the controversy from animal rights groups, the outfit was hailed by the Time as 2010’s top fashion statement, which led to Gaga being labelled the top fashion buzzword by the Global Language Monitor.

Watching #AStarIsBorn and all I can think about is the time lady Gaga wore that meat dress. A Star is Bacon. pic.twitter.com/C75zMeRNnU

Inspired by the synth pop genre that paved the success of “Pokerface,” Gaga fuses disco, techno beats and metal into “Born This Way.” Her lyrics such as “You’re black, white, beige, chola descent,” “Don’t be a drag, just be a queen” and “God makes no mistakes’ merge the different identity markers of sexuality, race and religion.”

Gaga’s chorus hook, “Cause I was born this way” goes onto to eradicate the difference, through highlighting how we are all ultimately “born this way.”

Aired in 2013, “Applause” pays tribute to the on-going support from her fans, especially during her Born This Way Ball Tour, where she experienced immense pain from a hip injury. Their applause encouraged her to continue onwards with the tour, until her performance’s movements caused the injury to worsen and sustain a tear to the right hip.

In typical Gaga fashion, the music video is saturated with imagery. Una Mullally for Irish Times comments on the allusion to Botticelli’s Birth Of Venus and the hands across her breasts costume being reminiscent of Bowie’s 1973 green hands and cobweb costume designed by Korniloff, that was barred from American Television.

A star was born 33 years ago today. Happy birthday to the one and only Lady Gaga ??? WE LOVE YOU! pic.twitter.com/ff9cR9HiLc

Everything You Want to Know About Jennifer Lawrence’s Engagement