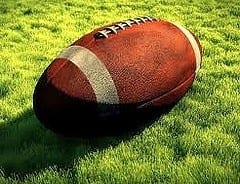 2013 NFL Draft class is deep on talent, thin on superstars

The 2013 NFL Draft kicks off Thursday night, and the football world is abuzz as uncertainty still clouds the top of the draft. The Kansas City Chiefs hold the #1 pick, but the outcome remains an enigma. This is a draft deep with talent but short on superstars, and any number of players could become the coveted first overall pick. Here is a rundown of likely candidates:

Joeckel is considered the best offensive tackle available and possibly the best prospect in the entire draft. For this reason alone, it wouldn’t be surprising if he ended up being drafted first overall. Scouts say Joeckel is athletic, almost never makes technical errors and recovers nicely when he does. He is a great pass protector and has the mentality to be a tough run blocker as well.

When you factor in the Chiefs holding the first pick, Joeckel going first makes even more sense. He will play left tackle in the NFL, considered the most important position on the offensive line. The Chiefs spent the offseason picking up a new quarterback (Alex Smith), and they’ll want to protect him. Joeckel seems to be the man for that job.

Jordan is described as a hard-nosed player who can rush the passer or cover receivers and isn’t afraid of facing the nasty blockers he’ll find in the NFL. He is long and quick but also small, and he’ll have to bulk up to make a bigger impact against offensive lineman.

Depending on the defensive scheme he’s placed in, he could be a linebacker or a defensive end; this versatility is highly valued by teams as many switch to a 3-4 look.

Fisher was part of one of the best offensive lines in college football in 2012, and may be just the kind of talent that warrants a number one pick. He is long and huge but also shockingly agile; this unique trait will make him a formidable run blocker downfield as he has the speed to get to the second and third levels and the agility to block moving targets.

Again, the Chiefs hold the number one pick, and Fisher would be a prime candidate to shore up the offensive line and protect Alex Smith’s blindside.

Ansah is a work in progress, which makes him an unlikely number on pick. But it could still happen, and here’s why: Ansah has improved his game by leaps and bounds since entering college, and he is still on the upswing. If he lands on the right team, with the right set of coaches, the upside is nearly limitless.

Ansah has the size and length required of a defensive lineman but his speed is what sets him apart; when he sets his eye on a player in the backfield, he nearly bursts out of his shoes to bring them down. His technique needs work and he needs to build stamina, but he could help a lot of teams in 2013. Will it be the Chiefs?