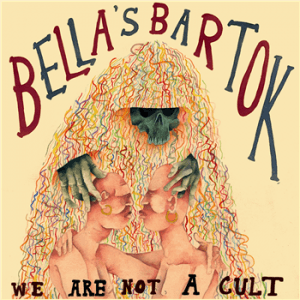 Tomas Salazar (aka Lizarazo) is a producer based out of San Antonio, Texas. He is the founder of First-Caste records and Music Major at the University of Texas at San Antonio. His musical background has change drastically throughout his life due to the many places he lived growing up. His studies in classical guitar, Latin American background, love for metal, and open mind to the electronic scene of this day has influenced him to make his own fusion of home-studio based music. He released his first EP (Desde Los Cielos) in December of 2010 as a small taste of what modern recording techniques, audio manipulation and synthesis can achieve with a little bit of patience and effort. Music today is constantly changing, and as musicians we need to take advantage of the technology provided to us to keep music progressive. Lizarazo represents the strong sense of music that his been brought down to him from the generations of musicians in his family. He released a Self-titled EP in May of 2012.

I began playing the piano at age 5 and haven’t looked back, back to a time when I wasn’t completely addicted to music. I am currently a member of several bands and can be found on several CDs or recordings. Most notably, I’m a member of the adult contemporary, folk, bluegrass-inspired band, Tracy Newman and the Reinforcements.
When I’m not acting as back-up singer, or piano player, I’m either playing and singing my own originals around town OR singing traditional jazz music (swing, dixieland…). I’ve performed all over Los Angeles, New Orleans, and New York. And with Tracy’s band, I’ve performed all across the south, from LA to FLA.

We sound like Tom Waits kicking the crap out of the Fleet Foxes, whilst being serenaded by a klezmer wedding band. Call us Bohemian Dance Punk. That said, we’ll play your wedding, your dive bar, your DIY venue, your backyard and the street. Electric or acoustic. We are here to make you dance, make you scream and make it happen all over again. Walk and dance, run and rage. We’re Bella’s Bartok.