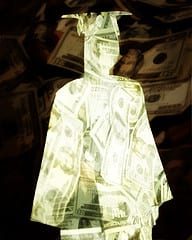 In-state tuition costs can become a reality, even if you are going out-of-state

If getting in-state tuition were as easy as signing your name and getting your picture taken, there wouldn’t be millions of out-of-state students.  How important is it to you really?  There are plenty of fantastic colleges and universities in your state and you already have in-state tuition there.  Is this something you really want to commit to or are you just thinking about it.  If you’re going to go down this route, then you need to be committed before you start.  You might be able to avoid all the hassle by just staying in-state.

In-state tuition might be a moot point for you; there are 4 major regional reciprocity exchanges whereby a resident of one state may attend certain colleges in certain states at close to in-state rates.  For example, if you’re a resident of California with excellent grades and test scores, you could attend Montana State University for 150% in-state tuition (please note there is limited availability and certain restrictions).  The four major exchanges are 1) Western Undergraduate Exchange 2) Southern Regional Education Board Academic Common Market 3) Midwest Student Exchange 4) New England Regional Student Program.  The caveat here is that not all colleges in the reciprocity network participate and some that do have strict requirements such as allowing only certain majors to apply or only having a handful of spots available.  In general you can count on the most highly desirable out-of-state schools not participating.  Nevertheless, you must check this as a first step.

3)     In-State tuition is for in-state residents, not transient students

It would be folly to think you deserve in-state tuition in some other state simply because you are there for college.  States want to know you’re committed to living there, that you have the intention to be a permanent resident.  States want to know you’re planning to work there, planning to maybe have a family there, that you’re going to pay taxes and spend money locally and contribute to the economy.  If you’re just there to go to school, sorry to tell you: you’re out of luck.  In fact most colleges stipulate something to the effect that you must overcome the presumption that you are in the state primarily to go to school.  Depending on the state and the college, that might mean a lot of different things.  One college might consider you a transient student if you’re a full-time student while another college doesn’t care about that but you better have a job and another college thinks you better not live in the dorms and cares an awful lot about what you do over the summer.

This is tough.  Even though you can often readily find basic information on a school’s website and can even talk to the school to a degree, the process is seemingly designed to be tough to navigate.  Prepare for some unanswerable questions, vagaries, and gray area to leave you uncertain; it may feel like a bit of a guessing game at points.  A college is in a position where they are supposed to neither help nor hinder your quest for in-state residency, they are simply the judges.  Some colleges are more straightforward, helpful, and knowledgeable than others.  The reason clear answers aren’t really available is that it’s a quasi-legal system involving more subjectivity and luck than is readily apparent.  If you do get answers, they’re likely in the form: “Well there’s no way for me to answer that because the decision is based on your entire case.”  Most colleges will tell you that there is no formulaic way of doing it, that it’s a case-by-case matter.

5)     Every state and every college is different

There are few blanket solutions to be shared because every person’s situation is unique and every state and college has its own special take on what it means to be an in-state resident for tuition purposes.  It’s possible to qualify for in-state tuition at one college in a state but not another.  Also, rules change.  Sometimes unexpectedly.

Qualifying for in-state tuition typically takes upwards of a year once you move and begin the process and colleges may require one or multiple years of proof to get and keep in-state tuition.  Other schools have random audits every year after you’ve earned in-state status.

You don’t want to spend a year or more building your case only to end up saying “Oh I didn’t know that was an actual deadline…” or “Wait I was supposed to do what with my car?” or “Hold on, I’m not allowed to live with my aunt and uncle in town for free?”  Respect deadlines.  Don’t rely on somebody’s kind heart making an exception for you, there are state mandated rules any college must follow without exception.  You might be allowed to be a full-time student but not allowed to live in the dorms but also required to live in the dorms…what do you do?  Can your parents pay for anything, some things, or everything?  Do you have to have a job?  What if you lose it?  What about health insurance and your cell phone plan?  Are they watching you while you sleep!?  No, they don’t do the last thing.

8)     Don’t start unless you’re committed and know what you’re doing.  Assume nothing.

It’s really easy to misinterpret something or fail to ascribe the proper significance to certain acts.  Common sense and logic sometimes do not apply.  You don’t want to do way more than is required and you don’t ever want to do less than is required.  There are certain things you’re liable to think are fine but might not be: “Of course my parents can buy me a plane ticket to Cabo San Lucas for Spring Break” or “Certainly there is no problem with me working as a camp counselor in some other state over the summer” or “Surely, my finding $500 under that rock counts as a legitimate source of income.”

It would be tempting to embellish the truth, lie by omission, misrepresent yourself, etc.  Don’t!  There are also situations where you need certain documentation that is now impossible for you to furnish “Why didn’t I write out a receipt for that guy I sold my bike to for $1000.”  There’s a right way and a wrong way to earn in-state tuition.  The wrong way could lead to university disciplinary action including expulsion and you could be charged with fraud for submitting any falsified documentation or misrepresenting yourself.  If a college finds out down the road, you could additionally be retroactively assessed out-of-state tuition.  If you’re serious about getting in-state tuition, you need to commit to doing it totally aboveboard or don’t do it at all.

There are a lot of ins and outs to successfully earning in-state tuition.  You not only need to know exactly what to do, you then have to do that exactly, then prove it…and possibly then prove it again.  People do it, but it’s all easier said than done.  For anyone confident enough to get the job done right, in the right way, on the first try—do it!  Be warned that many people start with that confidence but are unable to see it through.  For anyone who would prefer some help there’s a company called In-State Angels that claims on their website to get students “qualified to earn in-state tuition in the fastest way legally possible.”  They appear to accept clients across the country.  In the same way you’d hire an accountant to do your taxes, you could hire In-State Angels to facilitate the in-state tuition process.  They promise to “take you by the hand” and “guarantee to get you in-state tuition or you’d owe them nothing.”  Upon being successful, they charge a percentage of your tuition savings.  It’s the only company out there I could find who offers the service—I think it’s a pretty small niche.  Couldn’t speak to whether they’d work for your situation but their clients seem to like them according to the testimonials and if it means anything they’re well rated by the Better Business Bureau.