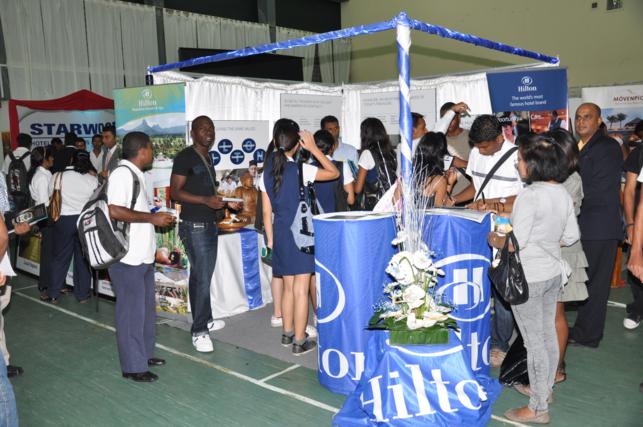 Companies like Starbucks, Hilton, Macy’s, Taco Bell, and several other major businesses recently announced the formation of the 100,000 Opportunities Initiative, which plans to create 100,000 new jobs, internships, or apprenticeships for people aged 16 to 24 by 2018.

“In America, your ZIP code should never determine your destiny. Breaking down barriers to employment for young people doesn’t just help the individual workers – it benefits entire communities and the economy at large,” he said. “The corporate leaders championing the 100,000 Opportunities Initiative recognize that promoting career opportunities for youth is a win-win, and I hope more employers will follow their lead,” said Labor Secretary Tom Perez in a statement.

On their website, Starbucks released a statement explaining why the initiative is so critical.

“In the U.S. alone, there are currently 5.6 million youth between the ages of 16 and 24 who are out of school and not working.  At the same time, there are 3.5 million unfilled jobs in the U.S. Jobs that do not require a four-year degree – sometimes called middle-skill jobs – make up the largest part of the labor market in the United States…In response, the 100,000 Opportunities Initiative is committing to create the pathways young workers need to build skills, attain credentials and ultimately secure a job.”

The initiative launches next month with an opportunity fair and forum in Chicago, where participating companies expect to collectively train more than 2,000 youth and make at least 200 on-the-spot job offers.

Leaders at several of the companies released statements on why this initiative is important, and how they plan to create jobs for youth. The statements are available as part of the statement released by Starbucks.

What do you think of the 100,000 Opportunities Initiative? Do you think it’s an effective way to solve some of the problems related to youth unemployment?