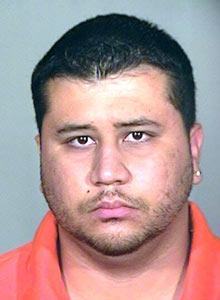 Wife of George Zimmerman, Shellie Zimmerman, was charged with perjury on Tuesday—punishable up to five years in prison and a $5,000 fine.

Zimmerman’s wife allegedly transferred small amounts out to hide the couple’s true financial status. According to an arrest affidavit, days before an April bond hearing, Shellie transferred $74,000 in eight smaller amounts ranging from $7,500 to $9,900 from her husband’s account to hers.

The affidavit shows $47,000 was transferred from George Zimmerman’s account to his sisters.

At the April bond hearing, Shellie was repeatedly questioned about money and asked how much she had collected through a donation website, and Shellie replied, “Currently I do not know.”

According to the Associate Press (AP), the affidavit states four days after being released on bond, Shellie transferred more than $85,000 back to her husband’s account. The affidavit also shows call records from jail of her husband instructing her to “pay off all the bills.”

The Zimmerman’s used code when they discussed the money raised from the website, how to make fund transfers. In a transcript a code for “$150,000” was “$15.”

George Zimmerman was set on a a $150,000 bond, but Circuit Judge Kenneth Lester revoked the bond because the Zimmerman’s lied about how much they had and was under the impression they didn’t. Lester ordered Zimmerman to be returned to the Seminole County Jail.

George Zimmerman has another bond date set for June 29.

The perjury charge against Zimmerman’s wife will not affect the case of George Zimmerman, stated defense attorney Micheal Greico.