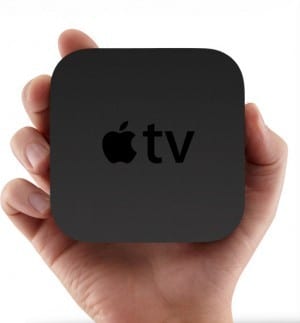 Before Steve Jobs passed away, he was quoted multiple times as wanting to “crack the TV nut.” Though Apple has tried, their Apple TV device has existed on the outskirts of mainstream adoption, even as their iPods, iPads and iPhone continue to explode with success. But what if Apple delivered a Smart TV that ran on iOS, could play a wide variety of games and apps, and used your iPhone or iPad as a remote control?

Best Buy recently surveyed their customers about a $1,499 Apple TV that doesn’t yet exist — but they seem to know quite a bit about it.

“Apple finally reinvents what a TV can do.” That was the messaging included in the survey, distributed by Best Buy to select customers. Accompanying the questionnaire were details of a 1080p LED flat-panel, a built in iSight camera and microphone, and a full range of bundled apps like Apple’s iCloud, Netflix, and YouTube.  The electronics retailer was also curious if you’d like to use your iPhone or iPad as a remote control for the mystical set-top box. In short, a lot of very specific speculation for a non-existent product.

According to Wired, Best Buy says the survey is strictly “hypothetical,” and Apple is refusing to comment. They went on to state that “any brand reference was hypothetical. The survey is no longer available.”

They say where there’s smoke, there’s fire, and today Canada’s largest newspaper – The Globe and Mail – reports that two of Canada’s largest telecoms are already testing prototypes of the iTV. The report mentions a larger range of features than previously imagined: Voice control with Siri integration, gesture recognition (similar to the Xbox 360’s Kinect), and a screen size of 42”.

Apple already has the ecosystem they need to launch a killer TV. For many, iTunes is the hub for TV shows, movies, music, apps, and games. Millions of iPhones and iPads could serve as remote controls and secondary devices for the television, much like Nintendo’s upcoming Wii U console. Should Apple actually deliver the “iTV” to living rooms, it could serve as the mythical “all in one” box that does everything, including becoming your next video game console.