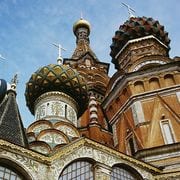 Why every student should take the time to study abroad

However, over the past decade, studying abroad has become an important component of the college experience. Between 1994 and 2004, there was a 250 percent increase in study abroad participation. The majority of these go abroad for one semester, or for a summer term. Only 6 percent go for an entire academic year, which is actually down from 14 percent in the mid-1990s.

The past few years have seen another trend in study abroad: more American students are going to another country not just for a semester or term, but for their entire degree program. The University of St. Andrews and the University of Edinburgh in Scotland, McGill University in Montreal, and Trinity College in Dublin, among dozens of others, have been at the forefront of this influx of American students.

There are a number of reasons for this attraction. Admissions processes in other countries are generally more straightforward than their American counterparts. For example, institutions in the United Kingdom rely on numeric benchmarks, the SATs and AP exams, rather than college-admissions essays. There are also fewer distribution requirements, allowing students to specialize early in their college career.

A university like St. Andrews offers American students global knowledge and cultural understanding at a cost below the tuition of many private universities in the United States. The influx of students, and their money, helps diversify and stimulate the local area, as well, even a place as remote as coastal Fife, where St. Andrews is located.

On the other hand, the course of studies is narrower, with less opportunity to take classes in a wide array of subjects. There is less individual attention from professors, and no network of alumni like many American institutions cultivate. Some students also complain about lack of feedback on assignments and exams, which can make it difficult to improve in a particular class or subject.

In its 2006 resolution, the U.S. Senate stated, “Educating students internationally is an important way to share the values of the United States, to create goodwill for the United States around the world, to work toward a peaceful global society, and to increase international trade.” This is increasingly important in a world where different cultures and societies are in closer contact with one another than ever before.