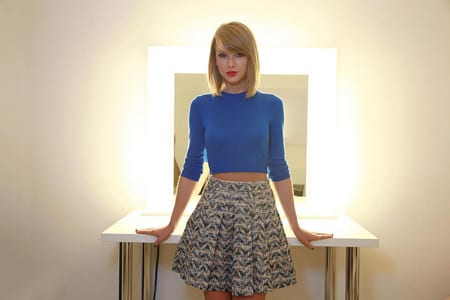 The $1 victory is worth more so much more.

In today’s world it seems like Taylor Swift can’t even lift a finger without making international news. There are scandals, social media clear-outs and album announcements that make the media explode. The woman is at the very top of the A-list and that’s why when a lawsuit against her went to trial everyone waited with baited breath to see what would happen.

Here are the facts: at a 2013 pre-show meet and greet, local radio DJ David Mueller was accused of grabbing Taylor Swift’s butt. Mueller was fired from his job following the accusation and decided to sue Swift for $3million, claiming that it damaged his reputation and resulted in his wrongful termination. She counter-sued him for just $1 claiming assault and battery. After a weeklong trial, Mueller’s case was thrown out and Swift won her symbolic $1.

This win was not just a personal victory for Taylor Swift—court cases have a tendency to set precedence for future cases and public opinion. Mueller’s termination, humiliation and loss in the trial may stop others from following in his footsteps. Taylor Swift’s strength during the trial and victory may help others to stand up for themselves knowing that sexual assault is not their fault.

She stayed strong on the witness stand. Her responses to Mueller’s attorney’s questions have been praised pretty much all-round. He asked Swift how she felt when Mueller lost his job because of the incident four years ago. She responded: “I am not going to allow you or your client to make me feel like it is any way my fault because it isn’t.”

Swift added after the trial: “I acknowledge the privilege that I benefit from in life, in society and in my ability to shoulder the enormous cost of defending myself in a trial like this. My hope is to help those whose voices should also be heard. Therefore, I will be making donations in the near future to multiple organizations that help sexual assault victims defend themselves.”

Swift’s lawyer Doug Baldridge said in a statement: “By returning a verdict on Ms. Swift’s counterclaim for a single symbolic dollar, the value of which is immeasurable to all women in this situation…You will tell every woman…that no means no.”

After the trial in Denver was over, Taylor Swift jetted out quickly to prepare for the announcement of her new album. Her first single Look What You Made Me Do is about revenge and becoming ‘harder’ and ‘stronger’ in the face of adversity. Could the song be in any way related to the recent trial?

Who knows! However after the release of her music video, fans noticed that there is a moment when Taylor Swift is lying in a bathtub full of jewels, and next to her lies a single dollar bill. It’s clarity and the fact it is so out of place shows that there is at least a subtle hint to these recent events.

Read our review of Look What You Made Me Do on College News.