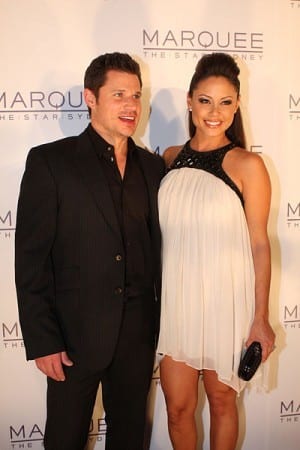 98 degrees singer, Nick Lachey, and wife Vanessa, welcomed a baby boy into the world on Wednesday. This is the couple’s first child together. In a statement to E! News about the delivery, the couple said “We are incredibly proud to announce the birth of our beautiful baby boy, Camden John Lachey.”

The child was born at 6:54 p.m. at 8 pounds, 9 ounces and 21 inches. The proud parents stated “Love has been truly redefined for both of us.”

Like many other celebs, Vanessa took to Twitter throughout her pregnancy to keep her fans updated. On Monday, she tweeted “It’s a good idea to put all ur baby stuff together ahead of time AND try it out. Then ur familiar.”

Lachey is excited to begin his new life as a father. When the couple’s pregnancy was announced, the star said “For someone who has wanted a family for such a long time, I’ve looked forward to this moment. Now that it’s almost here, it’s awesome.”

Just last Tuesday, Vanessa Lachey tweeted about preparing for baby Camden’s arrival. “#TastyTuesday: @NickSLachey and I just made 4 different casseroles in bulk to freeze. Now, when the munchkin arrives, I’ve got some grub!”

Congrats to Nick and Vanessa!