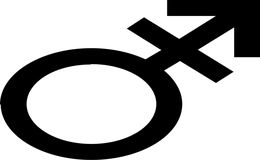 Transgender students have long been asking for a solution to the many problems they face in residential halls – from hostile roommates to being placed with residents of the gender they don’t identify with.

But in the upcoming school year, transgender students at the University of South Florida will be able to check a third option, “transitioning,” on their housing application.

“We want to create a welcoming environment so all can take advantage of the residential experience and remove perceived barriers to student success,” said Ana Hernandez, dean of Housing and Residential Education at USF. The idea for the pilot program began after a transgender student expressed difficulty in navigating the system, which assigns residents to their birth gender.

So USF Housing began to ask about the student’s experiences in residential living and researched other campuses that have offered accommodations for transgender students.

USF students who identify as transitioning will now be permitted the option of living alone or with a mutual roommate of any gender. However, some critics point out that students may still be randomly assigned a transgender student without prior notification.

Hernandez said that the transexuality of a student is not shared with roommates beforehand just as any other demographic information would not be disclosed without the student’s permission. The university is also not seeking out individuals who would not mind rooming with a transgender student.

Transgender students living on campus have been tormented and teased and their resident assistants couldn’t do much to help them, said Ashley Gunn, vice president of internal affairs of the USF PRIDE Alliance.

She said the new provisions will allow transgender students to feel integrated and safe, and she hopes that it will accomplish more understanding and equality.

“There are people who disagree with it, but we’re not hurting anyone, not changing your life and turning your world upside down but making the world safer for (transgender students),” she said.

The gender neutral housing option also helps all students who feel unsafe based on their gender expression, said Vincent Villano, communications manager of the National Center for Transgender Equality. About 90 percent of transgender peopl have faced harassment and violence, and schools can counter this by building more inclusive spaces, Villano said.

“The challenge here is that housing options are sex-segregated and when you ask a transwoman to live with other men, that is asking them to live in a way that is inconsistent with their gender identity (and) asks them to compromise on who they are,” he added.

Transgender housing has gone up from about 50 campuses last year to over 75 this year, according to the Transgender Law and Policy Institute.