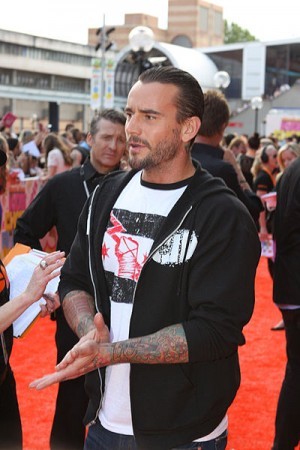 After a tweet from CM Punk, this Twitter feud between CM Punk and Chris Brown is getting progressively worse and far more personal.

In a recent twitter feud, Chris Brown has decided to go up against WWE wrestler CM Punk.

The WWE wrestler responded to Brown’s latest attacks with a video where he calls the R&B singer, “a sad, cowardly little boy.”

The video starts off with Punk saying, “I never intended to include Chris Brown’s name in one of my tweets to start some sort of controversy or to get publicity or anything like that. But now that he’s thrown accusations my way about using steroids, I feel the need to reply, so please allow me to retort.”

Punk then goes on to stress how Brown and he are from “different worlds.”

Brown has a history of tweeting irrationally on Twitter and then rapidly deleting his “in the heat of the moment” comments.

Punk also criticizes Brown’s reactions that followed after the incident with singer Rhianna and how picking up trash off the side of the highway was not enough.

This video came to life after Brown personally attacked Punk on Twitter by questioning his manhood and openly suggesting that the wrestler uses steroids.

Punk started this fight Monday night when he tweeted about wanting to “stomp” on Brown.

The singer responded with “ @CMpunk needs more followers. He’s such a leader! Not to mention the roids hes on has made it utterly impossible for him pleasure a women.”

The wrestler is suggesting that Brown step up and “put some gloves on.”