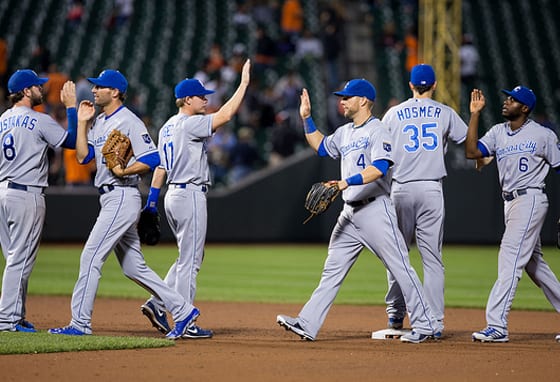 These top sports stories of 2015 include Usain Bolt, Holly Holm and more

It has been a year to remember in 2015 when it comes to sports, so we have compiled the top 5 sports stories you may have forgot about in 2015. We see a lot of talk about the major stories Serena Williams dominance, Stephan Curry and the Golden State Warriors but what about the stories that were just as big but isolated performances. Here are a few stand out players, teams or people in sports who were able to accomplish unimaginable success in 2015.

You will also like: Rousey took her first defeat and the Internet erupted

Another year that we were granted an opportunity to see greatness unfold in front of ours during these 2015 top sports stories. After a down track and field season in 2014 due to numerous injuries and bad luck, Bolt bounced back by taking home the Gold in 100M, 200M as well as leading the Jamaican team to another Gold in the 4X100M relay race. These were Bolts 9th and 10th Gold medals in the World Championships and his 12th overall medals in the Event. Usain looks to be ready for the 2016 Summer Olympics and prime to take his legacy to an even higher level.

The WNBA star had a great year in 2015. Women’s basketball in regularly swept underneath the rug but Della Dona was able to navigate between the lack of support to becoming one of the leagues’ premier stars. Her 23.5 points and 8.4 rebounds a game for the Chicago Sky helped lead the franchise to their first playoff berth in their short history, as well as solidified her spot as WNBA League MVP over the likes of greats like Simone Augustus, Tamika Catchings and Maya Moore to name a few. She has been a new fresh face in the sport and I look forward to seeing her blossom even more in the coming years.

Now you may be wondering why this is on a list of the forgotten moments but since it happened so early in the year it deserved a mention. American Pharaoh, the horse that denied the odds had an amazing year. Winning the Kentucky Derby as a favorite then took on all the pressure by winning the Preakness setting up an opportunity to end the 36-year drought of Triple Crown winners. With trainers resting their horses in the Preakness to save them to defeat American Pharaoh in Belmont, there efforts proved no match to the thoroughbred who took the lead late in the Belmont and never looked back taking the Triple Crown for the first time since 1978.

2. Kansas City Royals prove that their 2014 was no fluke

After one of the best seasons in franchise history in 2014, which resulted in a loss in the World Series, the Kansas City Royals came back ready to prove their Cinderella run was no fluke. The Royals took care of business in the Central division most of the season. Relying on top notch pitching and “small ball” the Royals were able to shut down the Mets with a comeback effort that lifted them into the MLB hierarchy. The Royals took home the franchise’s first MLB World Series title since 1985.

Now this is such a polarizing subject it had to top my list. Everyone knows I am a Floyd die hard so to see everyone express disappoint and disdain over something so monumental hurts my soul. Mayweather was able to do what no prize fighter has ever done. He promoted and generated a level of interest unseen in the boxing world (Over $500 million in revenue in one fight). His fight between Manny Pacquiao may have been underwhelming to most but to me is was a solidifying moment for Floyd to claim his “TBE” moniker. Despite taking down pacman pretty easy and fulfilling his Showtime contract with a decent bout against Andre Berto, Mayweather respectively retired from the sport of boxing after his last fight with an unprecedented record of 49-0 tying the great Rocky Marciano for the best record of all time. Despite your personal take on Mayweather, 2015 really exemplified his power and how he really hits a nerve with his naysayers. The sport will miss Mayweather but a new era is forming in his absence.

My honorable mention of 2015 top sports stories is Holy Holm. The new Bantamweight champion defied the odds and knocked out the previously undefeated Champion Ronda Rousey. A straight kick to the face exploded the internet and made Holm everyone’s new favorite fighter. I cannot wait for the rematch and seeing where Holm can take her new found fame. If you have any other stories post them in a comment. It has been an amazing year of sports and 2016 looks to bring some great memories as well. Let’s see if Cam Newton and Stephan Curry can keep their dominant ends of 2015 going into the New Year. Happy New Year everyone and see you in 2016

You should also read: Come Flashy, Flamboyant and talk trash and Back it up

Previous ArticleThis sportswear collection is perfect for the sporty, trendy girlNext ArticleCan someone tell the Redskins to change their name already!