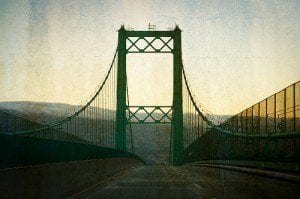 The Tony Scott autopsy final confirmed his death a suicide after he killed himself by jumping off a bridge into the Los Angeles harbor. The director, most known for directing Top Gun, reportedly had anti-depressants and sleeping pills in his system when he jumped to his death from the Vincent Thomas Bridge on August 19.

The autopsy on Tony Scott not only revealed that he had the anti-depressant Remeron and sleeping drug Lunesta in his system at his time of death, but that the actual cause of death was multiple blunt force injuries. Los Angeles County’s coroner autopsy report said that Tony Scott also drowned.

The 68-year-old had left what appeared to be suicide notes in his car for family and friends, though there is no real hint in the letters as to the reason for his suicide. Investigators have not offered any theories for the suicide. Tony Scott, prior to the autopsy, was rumored to be suffering from terminal brain cancer, but it has since been confirmed that there is no evidence of cancer.

At the time of his death, the director had multiple projects in the works. According to Yahoo, Tony Scott was planning to collaborate with Tom Cruise again on a sequel to 1986’s Top Gun when he jumped from the Los Angeles bridge.