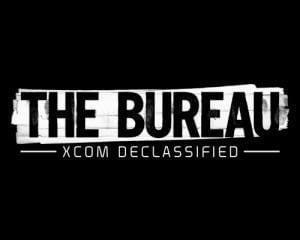 It’s simple to wrap up the explanation of The Bureau: XCOM Declassified for those who are unsure of what to expect: schizophrenic. After the unexpected, though entirely justified, success of XCOM Enemy Unknown, it’s surprising to see a game released under the XCOM moniker that fails to complete any one thought. Instead, The Bureau decides to combine many different elements to create an experience with several nods to successful franchises like Mass Effect. Unfortunately, it fails to connect all of the elements together and what players are left with is a series of superficial, unfinished elements that fail to blend into anything cohesive. Despite having combat gameplay that is passable, the flaws in every other aspect of the game only acts as a way to enhance the flaws within the combat.

You’re William Carter, special agent of the FBI who is rudely introduced into the XCOM family, despite his personal flaws. Dealing with the loss of a wife, son, and father, not to mention the dark tunnel of alcoholism is a recipe that, in theory, works well to introduce internal strife. The lack of depth from that turmoil is what removes the emotion that players may feel toward Agent Carter, leaving you with a sense of confusion and emptiness because you end up caring so little for the man. Even other characters, as they’re introduced and faux relationships are formed, are lacking any true notoriety. Agent Weaver, the Chief, and others come and go throughout the campaign as a way to keep the scenery fresh, but instead end up feeling like too many ingredients added to one pot of stew. And each of the ingredients is bland.

There are recognizable elements of XCOM throughout the campaign. You’ll recognize the aliens that invade and, should you be unlucky enough to have one of your companion agents fall in battle, they’re gone for good. Beyond that, the third-person shooting combat is new to the series and takes on a unique element of gameplay by giving players a skill-wheel, responsible for issuing orders to your team. Beyond the skills, admittedly interesting and fun to use in the heat of the moment, players rely on firearms, both domestic and alien. The weapons, even on the easiest difficulty, feel a bit janky and awkward to use, but thankfully players should find a weapon they are comfortable with, simply because the options (that range from pistol to plasma sniper rifle) as so numerous.

In an attempt to add a layer of personality to the campaign there are “collectibles” littered throughout the campaign and the headquarters. These items glow a bright yellow and are there to give players a glimpse into a personal side of characters you may have met or may never even see. The aliens, Outsiders as they’re referred to, have invaded Earth and are infecting humans with an unknown disease, turning them into “Sleepwalkers,” or simply braindead humans who do nothing except what they’re ordered to by the Outsiders. You’re tasked with preventing further penetration of the invaders and, of course, trying to find out how to cure the mystery disease that’s turned entire towns into people who remind you of that one pot-head you knew in high school. The story seems solid enough, despite some outdated visuals that are very reminiscent of Fallout 3, though that could be attributed to the fact that the game is set in 1952. At about 12 or 13 hours into the game though, the flaws start peeking out and players will begin to raise an eyebrow at what they’re seeing. By hour 16 though, The Bureau: XCOM Declassified goes full Fonzi and “jumps the shark.” What should be described as “shocking twist!” instead turns into a blatant “what the hell is going on?” And from there it only gets worse.

With so many elements brought together, it’s easy to see how developer 2K Marin got sidetracked on nearly every one of them. The story flies off into another galaxy, the characters lack depth and are forgettable, but the saving grace is that the combat adds a bit to the game to make it tolerable. For players looking to dive into a game for 18 hours, but don’t want an interesting story, character development, or deep experience, The Bureau: XCOM Declassified is for you. If a sequel was announced to release in 2015 it would be something to key your eye on, but in the meantime for everyone else you’d have a better time spending time with that pot-head from high school.