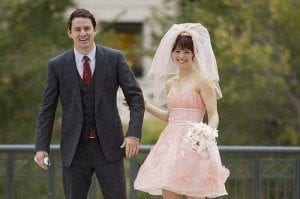 The critics have spoken

“The Vow”, starring Rachel McAdams and Channing Tatum, is set to open next week almost in time for Valentines Day.  The reviews are out and unanimously agree that “The Vow “falls just short of the grand love story everyone expects it to be.

“The Vow” is based on the novel by Kim and Krickitt Carpenter, about a married couple, Leo and Paige, who must overcome the effects of a terrible car accident.  After a date night at the movies, Leo and Paige are involved in a car wreck that leaves Paige in a medically-induced coma.  When she wakes up, she doesn’t remember anything that had happened in the past five years.  She doesn’t know who Leo is and thinks that she is still engaged to her former fiancé, Jeremy.  Leo is determined to make her remember the past five years, and when he doesn’t succeed, his mission is to make her fall in love with him again.

The bottom line, according to multiple reviews, is that “The Vow” is “watchable.”  BuzzSugar says, “Channing Tatum is endearing as Leo and though he has chemistry with Rachel McAdams’s Paige, it almost goes to waste due to the film’s lack of focus and uneven plot.”  Apparently the familial and medical issues start to take hold of the movie when all anyone wants out of a Valentines Day movie is to watch a love story unfold.

Though originally written by others, “The Vow” seems to be a typical Nicholas Sparks story; a little cheesy but will still pull at your heart strings.  According to Ty Burr from the Boston Globe, “The Vow” is “the kind of movie you can simultaneously snort at and enjoy.”