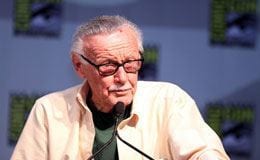 Marvel’s First Family gets a makeover

Comic book franchises often rest on their laurels. Case in point, Fantastic Four is one of comicdom’s most influential titles in publication. Stan Lee and Jack Kirby’s seminal inaugural run is still a landmark of creativity and inventiveness. Fantastic Four also introduced a wide range of sensibilities to comics that have propelled the medium forwards ever since. Never the less, while Fantastic Four may have propelled comics into the modern age, the title itself has fallen precipitously from the widespread popularity enjoyed in the 1960’s. While noteworthy creative runs have come and gone, each injecting new life into the aging franchise, Jonathan Hickman’s entry onto the self-styled “World’s Greatest Comic Magazine” has left an indelible impression.

Hickman is a relatively new voice in comics but has already established himself as a bold, inventive mastermind through his independent projects and initial forays into mainstream titles. Beginning his run last year, Hickman’s handling of the Fantastic Four has so far been exceptional. The writer is able to recall the glory days of the Lee/Kirby era when the book bristled with unbridled inventiveness, heart, wit and excitement. Spot on characterization has also been a hallmark of Hickman’s run. Fantastic Four, ultimately, is about a family of powerful personalities. This is the ultimate legacy of the series. What made this book so wildly popular in the 60’s is its deep focus on characterization. Before Fantastic Four, many comic book characters read the same. Without distinct costumes to tell them apart one would have a hard time identifying who was who.

Fantastic Four attempted something new. Instead of marketing itself solely to children, the book aimed for an older, more sophisticated audience, teenagers. Fantastic Four was the first domino in a series that led to the creation of modern comics, a medium marketed more towards college age and young adult individuals today. Hickman revives this deep set characterization and interplay between the various family members. His run has also showcased a wide range of high concept plot points and slick, smart science fiction notions. A long form approach towards storytelling has also aided the writer in his mission of reinvigorating Marvel’s First Family. Watching these characters slowly evolve and adapt over the course of his run is sure to reward long term readers, or newcomers that have only started to collect the title with Hickman’s arrival. Grab this series to witness one of comic’s greatest overhauls.