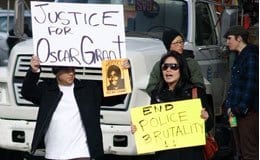 The Dynamic Duo, Batman and Robin, is one of pop culture’s most recognized team-ups. Often imitated and maligned but never duplicated, the pair is a readily established franchise with an entrenched, passionate fan base. Strangely, however, it has taken DC Comics almost seventy years to publish an ongoing series featuring the exploits of the Dark Knight and the Boy Wonder. Spinning out of Grant Morrison’s prior work with the Caped Crusader, Batman and Robin launched last year and has easily carved itself out a niche among the crowded Batman publishing schedule.

Evolving into far more than just a fringe title, Batman and Robin is now the premier Bat-book to follow. Showcasing the talents of writer Grant Morrison and a bevy of artistic talent, with Frank Quitely at the forefront, the series is an eagerly needed gust of fresh air into a sometimes stagnant and stale franchise.

Batman and Robin is a needed shot in the arm to the entire Batman publishing catalogue. As a continuation of Morrison previous Batman work the series rewards long time readers with a continuation of the multilayered, often times surreal, exploration of the character and his mythos. However, the real trick with Batman and Robin is the absence of Bruce Wayne. Less of an absence, Wayne is gone entirely from the series, having been sent spiraling through time at the end of the Morrison penned mega tale Final Crisis.

In place of Bruce is former sidekick Dick Grayson, having donned the mantle of Batman after the disappearance of his former mentor. Filling Robin’s shoes is the hotheaded, impetuous Damian Wayne, the illegitimate child of Bruce Wayne. Together, this new Dynamic Duo takes to the streets of Gotham and carries on the legacy of their respective costumed identities while forging a new future amidst shadowy super villain conspiracies and a skeptical police force.

The true hook of this book is the role reversal between the two leads. Batman is often the scowling, crazed loner figure and Robin a more jovial, hero in training persona. Batman and Robin jumbles up this long running stable and presents a Batman that doesn’t take himself too seriously and a fist clenching, teeth gritting bad boy Robin. The interplay between the two characters is the star of the series. Beyond Morrison’s numerous talents the one in particular that entices and baits readers regularly is his ability to fine new angles to explore and new depths to mine.

A new take on one of comics’ most recognized institutions has been sorely needed. Morrison delivers this with wit, charm, action, drama and suspense in spades. Not surprisingly the book has shot up the sales charts, making Batman and Robin into one of DC’s premier flagship titles. To be at the forefront of the Bat franchise’s new frontier there is no better place to start than this series.