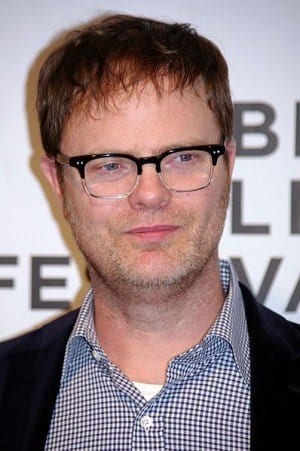 The Office will officially end after next season, executive producer Greg Daniels announced yesterday. The Office remains the highest-rated scripted show on NBC among viewers aged 18 to 49, and Daniels said the decision was made for entirely creative reasons.

“You have a choice — only tell the beginning of story and the middle, or allow a story to end,” Daniels said. “If we didn’t let [The Office] end this year, I don’t think we would have been able to tell the ending stories of so many characters … we couldn’t count on getting everybody back for season 10.”

Daniels served as showrunner for seasons one through five, at which point Paul Leiberstein took over The Office. With Leiberstein and Rainn Wilson (Dwight Schrute) leaving heading up Dwight’s spinoff series, the reins now pass back to Daniels.

And he’s right to be concerned about the availability of the show’s major stars. Besides Wilson, Mindy Kaling (Kelly) will also be producing and starring in her own show, The Mindy Project. John Krasinski (Jim) and Jenna Fischer (Pam) have their own movie careers outside of The Office. The stars are moving on — and so have half its fans. The audience for The Office has shrunk from 8 million in 2008 to 4 million this year, and Daniels acknowledged that change.

“This year feels like the last chance to really go out together and make an artistic ending for the show that pays off a lot of the stuff that has mattered most to fans with the core characters,” Daniels said. “You could see a world where new people keep coming on the show. But I think [we want to] do justice to the existing characters in the most creative and explosive way, and that means the show will be changed to such a degree that if anything was to continue it wouldn’t be the same show.”

As for that “explosive” ending, Daniels said fans can expect major drama in the Jim and Pam storyline, David Wallace at the head of Dunder Mifflin, and some “crazy Dwight” shenanigans. Plus, the identity of the documentary makers will be revealed. (Cue the jokes about how they finally have enough footage.)

“There are a lot of things that I’ve personally been wanting to do since season two,” Daniels said. “All questions will be answered this year. … Now that we know we have an end date, we can blow things up and take some chances and it will be very freeing, creatively.”

Daniels also mentioned some familiar faces coming back. So, what does that mean for the former masthead of The Office, Steve Carell, who left the show in season seven? Daniels said it would be great if Carell came back, but he wouldn’t want to put that kind of pressure on the star.

“[Carell] really loves how he was exited,” Daniels said. “He’s probably anxious about not messing up such a stylish exit. It’s a perfectly legitimate point. We’ll see.”