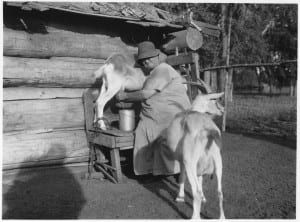 The 1940 census became public on Monday, releasing a stockpile of information for all those interested in learning about U.S. history in the era following the Great Depression.

Every 10 years, a decennial census is unlocked, this marks the release of the 1940 census. This is the first year that the records have been made available online.

There’s a little more excitement this time because it is being released online, and it’s immediately available to people,” said Rebecca Warlow, 1940 census project manager at the National Archives and Records Administration. “Anybody with Internet access can sit with their PC or desktop and search to their heart’s content.”

Researchers, genealogists and anyone with an interest now has free online access to detailed information from the 1940 census. This census is particularly interesting because it marks a shift between the Depression and the prosperous wartime that followed.

Privacy was guaranteed at the time of the census, allowing people to open up about everything – from their living arrangements and jobs to their faith and families. “In 1952, the director of the Census Bureau and the National Archivist agreed that keeping census records private for 72 years balanced public release of federal records with the tradition of confidentiality,” explains the Census Bureau’s Glasier. At that time 72 years was considered to be longer than the average lifespan.

Census officials say about 21 million Americans of the 132.2 million counted in the 1940 census are still alive.

The information being released includes people’s names, ages, addresses, marital status, number of children and occupations. According to training films made for the occasion, the Census Bureau sent out more than 120,000 fact-gatherers, known as “enumerators,” in the spring of 1940 to survey the nation’s 33 million homes and 7 million farms. Participation was mandatory.