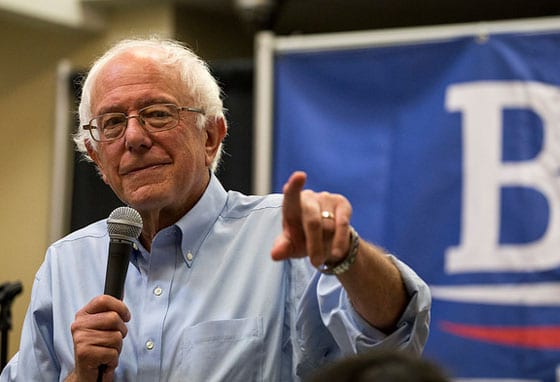 The ‘First in the South’ forum kicked off on November 6

In February’s South Carolina presidential primary, Clinton is the projected winner, polling 71 percent support among likely Democratic voters according to a Winthrop Poll released Wednesday, November 4. Sanders followed with 15 percent and O’Malley with 2 percent. As the polls favored Clinton heading into the South Carolina Democratic forum, both Sanders and O’Malley were quick to criticize the front-runner. They challenged her environmental position, her relationship with Wall Street and her support in the recent decision to deploy troops in Syria to aide against ISIS.

Maddow started each interview with a series of well-prepared and revealing questions. O’Malley took the stage first as the discussion quickly moved to President Obama’s rejection of Keystone. O’Malley criticized Clinton, claiming she had opposed the Keystone XL pipeline until it became politically expedient. Maddow rebutted and reminded him that polling favored Keystone. O’Malley also took time to talk about issues relevant to South Carolina in the past year and the need for bi-partisanship. “Our country needs new leadership in order to move out of these divided times,” said O’Malley. He went on to discuss the core differences between his economic platform and Sanders’ campaign for the Democratic presidential nomination, claiming that he was once a member of the independent party and not “a lifelong Democrat.”

You should also read: The biggest winners and losers: Round 2 of the Republican presidential debate

Bernie Sanders outlined his policy differences between Clinton while criticizing the media for trying to provoke controversy among the candidates. However, Sanders indirectly attacked Clinton on a number of issues. Sanders commented about Clinton’s commitment to environmental protections, adopting campaign finance reform and her views regarding foreign policy. “Now to me, as opposed to maybe some other unnamed candidates, the issue of Keystone was kind of a no-brainer,” Sanders said, pointing out that he opposed Keystone since day one.

Sanders took the opportunity during the South Carolina Democratic presidential forum to acknowledge his trailing numbers in the polls against the front-runner largely because of his lack of support among African-Americans. “I think I have the economic and social justice agenda now that, once we get the word out, will, in fact, resonate with the African-American community,” he argued. Sanders took the time to mention his involvement in the civil rights movement and his current agenda to raise minimum wage and promoting economic equality.

Clinton was the last to take the stage at the Democratic presidential forum. Maddow began by questioning her ties to Wall Street. Clinton responded by maintaining her campaign message stating that she refused to be swayed by special interests. “Anybody who thinks that they can influence what I will do doesn’t know me very well. And they can actually look and see what I have said and done throughout my career,” Clinton said.

On the subject of capital punishment, she took a more liberal stance compared to her rivals. However, Clinton said it still might be appropriate in certain cases, such as domestic and foreign terrorism. Clinton also commended President Obama on the economy assuring core Democrats that she would continue his work. “I feel very strongly that President Obama doesn’t get the credit he deserves for the great job he’s done,” she said. Clinton went on to explain how, if elected president, she would help the “struggling, surviving and the successful” in America. Clinton’s performance at the South Carolina Democratic presidential forum proved a graceful event as the front-runner continues to maintain a strong lead in the polls.

You will also like: Hillary Clinton Launches Bid for Presidency