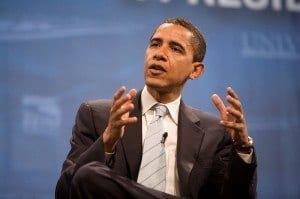 The president announced a student loan forgiveness program on Wednesday and it is being met with mixed reactions.

“Our economy needs it right now,” Obama said when introducing the proposal. “And your future could use a boost right now.”

The plan would also allow borrowers with loans from the Federal Family Education Loan Program and a direct loan from the government to consolidate them. This proposed program would go into effect in 2012, two years sooner than the original plan.

While many students are excited about the proposal, some believe that others would abuse the program, refusing to pay off loans simply because they will, at some point, be forgiven.

You can read more about the student loan forgiveness program here. Check out our financial aid and student loans sections!

What do you think? Does Obama’s student loan forgiveness program make sense to you? Tell us in the comments below!