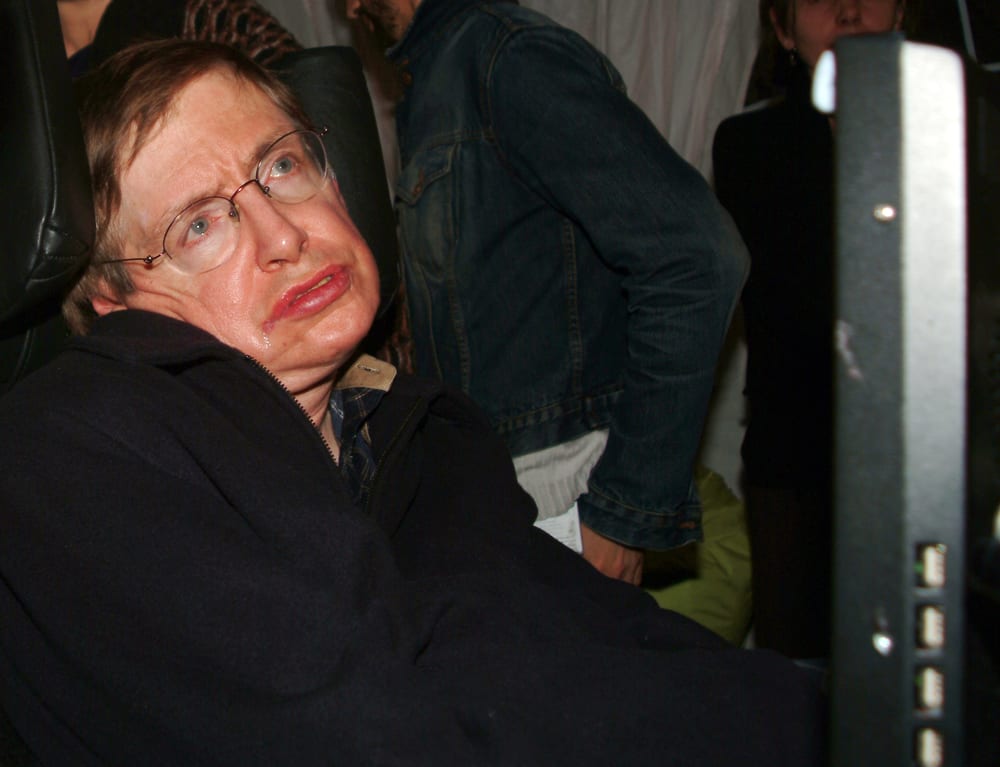 His family released a statement in the early hours of Wednesday morning confirming his death at his Cambridge home in England.

The statement was released by his children, Lucy, Robert and Tim.

It said: ‘We are deeply saddened that our beloved father passed away today.

‘He was a great scientist and an extraordinary man whose work and legacy will live on for many years.

‘His courage and persistence with his brilliance and humour inspired people across the world.

‘He once said, “It would not be much of a universe if it wasn’t home to the people you love.”

‘We will miss him forever.’

The family are asking for privacy at this difficult time but added their thanks to ‘everyone who has been by Professor Hawking’s side and supported him—throughout his life.’

Hawking was a pioneer of science who inspired generations of young scientists.

After he was diagnosed with a rare form of motor neuron disease at age 22 in 1964, Hawking was given just a few years to live.

But the determined young man defied his debilitating illness to far outlive those doctors’ gloomy predictions.

Known for his work on black holes, Hawking contributed to the academic community for years.

He brought his unparalleled expertise and unique insight to offer solutions to some of the world’s most complex scientific conundrums.

His extraordinary life and work inspired the 2014 film The Theory of Everything for which Eddie Redmayne won an Oscar for his portrayal of the English professor.

In a display of his humoristic spirit, Hawking performed cameos in the US sitcom The Big Bang Theory as well as The Simpsons.

But in between those acting stints, his incredible mind continued to tackle everything from the universe’s origins, the possibility of time travel and the enigma of the solar system’s black holes.