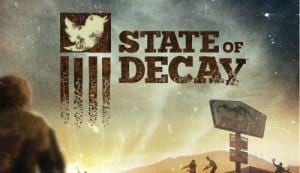 After watching the development and growth of State of Decay for at least two years, it’s always a wonderful feeling to see the game release to record-breaking sales and enormous applause as it did in June. With the unique position I had of seeing the game prior to completion and then diving in head-first as it graced my console, a strange realization was made. The game, despite its flaws and shortcomings, gives players something that rarely is presented in our gaming world today: a sense of fear. The foreboding feeling that once you make a mistake, it might end up being your last. And it’s this exact feeling that struck a nerve I wasn’t expecting, igniting memories of the day when arcades were booming and mistakes lead to the loss of digital-life and your quarter. You may think that it’s a stretch to compare a zombie-survival, third-person, with RPG elements to the simpler games in the stand-up cabinets. Comparing the gameplay certainly is, but the overall sense of dread is what triggers the fear.

The premise of State of Decay is one that is overused in today’s gaming market: zombie survival. What makes it successful is the way the survival is delivered, requiring players to meet and interact with different characters, complete with their own pros and cons, including unique personalities. In real life, people are all different, so why have we not seen the effects of personality clashes in zombie games to this point? Prior to now, everything has been focused on delivering as many bullets into as many undead as possible. Not this time, though. Instead, the focus is on surviving because death is permanent. That’s right, when your character dies, they’re gone for good. If you’ve got a full stable of survivors to go through, that may seem like an insignificant penalty, but because you’re able to increase each survivor’s individual skills, losing someone who excels at a particular ability can be detrimental to the group. This is due in part to the fact that your group of survivors is a cohesive unit, teetering on the edge of mayhem at every waking moment. You have to manage food, defenses, shelter, friendships and most importantly, the undead. In certain situations you have have your entire world melt down in front of your eyes, seeing survivor after survivor leave the compound because of one bad decision, leaving you facing an enemy with unlimited numbers all alone.

And alone you are, despite the constant struggle to make your group meld together into a trusting, friendly group, developer Undead Labs has confirmed that the previously anticipated co-op mode will not be implemented into the game at all. With a PC release still looming on the horizon, it’s a disappointing update to receive, as the gameplay itself — quite similar to games like Grand Theft Auto IV and Saints Row the Third — seems to play directly into a co-op scenario. But despite your own loneliness, the AI does a decent job in introducing you to new NPC’s time and time again. Certain missions and constant interactions let you discover that your rag-tag group of survivors can be a community. As you set out to explore the land, the largest to ever grace Xbox Live Arcade, you’ll find yourself traveling in cars and trucks, sneaking through infested neighborhoods, or sprinting to safety to avoid a roaming horde.

And despite the interesting take on zombie survival, there are still flaws. The visuals look dated, the controls feel stiff, and the narrative relies too heavily on the gameplay. Through all of that, the missions triggered when you know you have too few resources, the personality conflicts where you’re forced to choose what’s best for the group rather than your friend, or the decisions to turn away other survivors because you don’t have enough food for them, you’re faced with one basic emotion: fear. Fear that hasn’t been triggered since those days when you were leaned over an arcade cabinet, slapping buttons in a futile attempt to make the most out of your quarter. It’s that fear, that inevitable loss that makes State of Decay something more than just a zombie survival game.