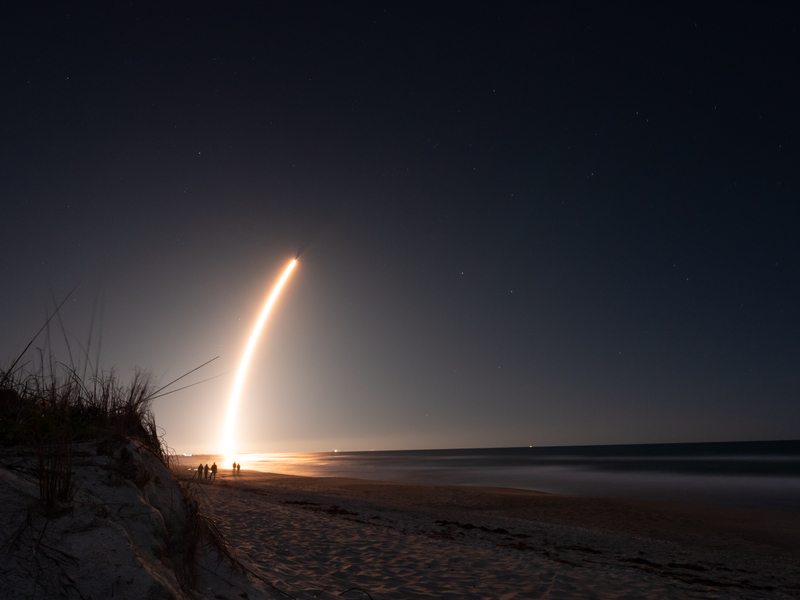 Four astronauts have blasted off on a private flight from Florida to orbit the earth for three days in a historic mission as the world’s first crew of ‘amateur astronauts’.

The Dragon capsule contains the Inspiration4 crew containing one billionaire entrepreneur and three “ordinary citizens”, took off from the Kennedy Space Center at 1:02 am CEST in the Dragon capsule provided by the SpaceX rocket company. This is the first time a spacecraft will have no professional astronauts on board as Jared Issacman, Hayley Arceneaux, Sian Proctor and Chris Sembroski prepare to spend their next three days circling the earth before returning back to earth this weekend.

The launch signals yet another step in the new era of commercial space travel and tourism coming after the launches of Virgin Galactic and Blue Origin. The Dragon is on a “free flight” that will reach a target altitude of 575km (360 miles), higher than the International Space Station and the Hubble Telescope with the capsule orbiting the earth once every 90 minutes at a speed in excess of 17,000mph.

The Inspiration4 venture was founded and established by one of the crew, Billionaire Jarden Issacman, to raise awareness and support for the St. Jude Children’s Research Hospital. He paid an undisclosed fee to SpaceX for the chance to fly with the three others who include 29-year-old Hayley Arceneaux, a health worker who overcame bone cancer as a child.

Despite the amateurs on board, the craft is being controlled remotely from the ground by a designated pilot. Another one of those on board, Sian Proctor, a former NASA astronaut and professor of geoscience, has expressed how proud she is being part of the historic mission.

“There have been three black female astronauts that have made it to space and knowing that I’m going to be the fourth means that I have this opportunity to not only accomplish my dream, but also inspire, and inspire the next generation of women and girls of colour,” she said.

The final crewmember is 42-year-old Chris Sembroski, a data engineer at Lockhead Martin, a US defence company.

Someone who isn’t onboard is SpaceX founder Elon Musk, but the mission is being witnessed as the next step towards fulfilling his ambition to reach new targets and areas within space.