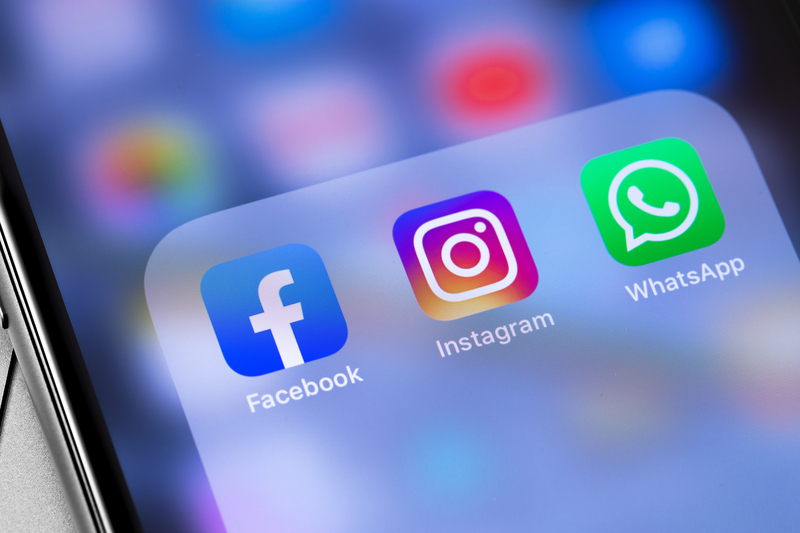 Facebook, Instagram and WhatsApp are running again after an outage that barred people from all across the world from accessing its services which lasted for nearly six hours.

All three platforms crashed on Monday afternoon at around 12:00 AST and services remained down until 18:00 AST, as users failed to receive and send messages or refresh their feeds.

Facebook named the cause of the outage due to a “faulty configuration change” which not only affected their services but also their employees passes and emails.

“Sorry for the disruption today – I know how much you rely on our services to stay connected with the people you care about.”

It is reported that the outage affected Zuckerberg himself as according to Fortune, a business website, the founder of Facebook had lost an estimated $6bn in shares during one point of the outage.

Downdetector, a platform that tracks outages from various sites, stated that around 10.6 million issues were reported from across the world. Reports came from areas including North and South America, Russia, New Zealand, Europe and Australia. Despite this, with more than 3.5 billion users from all sites, the real number of people affected would have been significantly more.

Security experts have predicted other possible cause for the outage with suggestions including a sabotage from an insider or an unintentional mistake.

Facebook released a statement, which said: “”To all the people and businesses around the world who depend on us, we are sorry for the inconvenience caused by today’s outage across our platforms.

“We’ve been working as hard as we can to restore access, and our systems are now back up and running.

“The underlying cause of this outage also impacted many of the internal tools and systems we use in our day-to-day operations, complicating our attempts to quickly diagnose and resolve the problem.

“Our engineering teams have learned that configuration changes on the backbone routers that coordinate network traffic between our data centres caused issues that interrupted this communication.

“This disruption to network traffic had a cascading effect on the way our data centres communicate, bringing our services to a halt.

“Our services are now back online and we’re actively working to fully return them to regular operations.

“We want to make clear at this time we believe the root cause of this outage was a faulty configuration change.

“We also have no evidence that user data was compromised as a result of this downtime.”

Due to the outage of these sites, other social media giants such as Twitter and TikTok benefitted, as they reported higher-than-normal usage, with Twitter recording its highest number of people on its platform at one time.

Previous ArticleU.S. Colleges Go Vegan – Here’s How You Can TooNext ArticleWhy College Is The Right Time To Explore The Great Outdoors