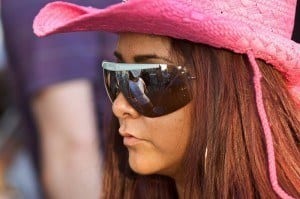 Snooki is facing some legal woes.

CBS News reports that Snooki is facing a $7 million lawsuit. The lawsuit is a counterclaim filed by the licensing company that she is already suing.

Snooki signed with SRG Ventures last year to license Snooki-related merchandise. Snooki, however, filed a lawsuit against the company in October, claiming the company didn’t fulfill its obligation to land her enough money or branding partnerships.

“Ms. Polizzi disputes SRG’s version of the facts and looks forward to her day in court,” Snooki’s rep said.