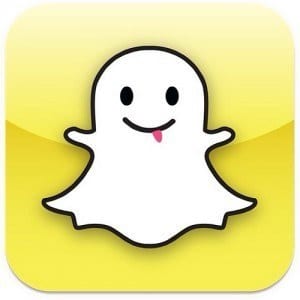 Snapchat, the phone app that your friend sends you lewd drawings on, is basically the pretty girl at the dance, waiting for the right guy to ask her out. The Wall Street Journal reported that the 2-year-old company is being approached by several potential investors and buyers. Reportedly, Chinese company Tencent Holdings had already made an offer that would value Snapchat at over $4 billion.

The basic gist of Snapchat is that the app allows users to take a picture or video, layer it with drawings or short messages and send it to their friends. Once a “snap” is opened, it is only visible for a few seconds before disappearing forever; though we know that’s not exactly true.

Either way, Snapchat is an exciting trend for ages 13-25; a fact that Facebook undoubtedly knows. Facebook is like that one uncle you have that is trying to stay relevant and cool with the youngsters as he gets older. Having already purchased Instagram for $1 billion, Facebook most likely wants to stay in the young person’s game by having Snapchat under their reign as well.

Corporate investors are all agog for social media these days, particularly the mobile app variety. Following Twitter’s public offering last week, it now has a market value of nearly $25 billion. Similarly, the image-sharing Pinterest app raised $225 million from investors, valuing it at $3.8 billion.

Snapchat co-founder Evan Spiegel seems to be holding off for a better deal than what Facebook has offered. The 23-year-old CEO and Stanford dropout believes that Snapchat’s numbers will continue to grow. While the company has not released any information on the amount of users, it has stated that the number of snaps sent has nearly doubled from 200 million in June to 350 million in September.

According to USA Today, Snapchat has currently raised as much as $73 million in funding to from their investors, Lightspeed Venture Partners, Benchmark Capital and General Catalyst Partners among them.

Snapchat has no revenue or any actual business model, but right now it’s the widget that companies don’t completely understand but they need to have it. With Snapchat still being relatively young, no one exactly knows how Snapchat would go about generating revenue. The Wall Street Journal noted that in promotion of this summer’s X-Men film The Wolverine, Twentieth Century Fox started an account for the film which sent out snaps with details of the character’s history.

Benedict Evans, an analyst at Enders Analysis, predicts that more apps like Snapchat will undoubtedly appear in the race for relevancy; potentially outdoing Snapchat. Nevertheless, Snapchat is the hot commodity at the moment.

If this was Christmas 1996, Snapchat would most definitely be “Tickle Me Elmo.” And if that reference is too dated for you, then you probably use Snapchat.