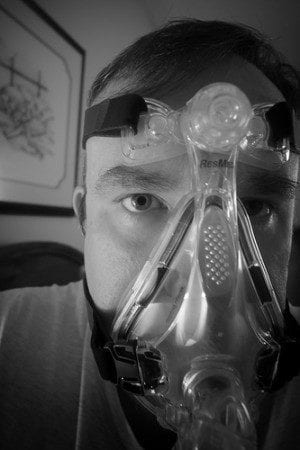 As many as 90 percent may be undiagnosed

Sleep apnea may affect as many as 40 million Americans, causing many to plod through the day exhausted and unknowing of their condition. Now a website, the first of its kind, is available to educate those who suffer from the chronic condition.

Sleep apnea is a condition that prevents the body from receiving the oxygen blood and organs need to function properly. Sleep apnea causes air passages to become blocked while sleeping and thus robbing the body of the oxygen it desperately needs.

Those who suffer from sleep apnea are typically chronic, loud snorers. In addition to snoring, those with sleep apnea often make gasping or choking sounds as their body struggles to take in oxygen. As the body becomes starved of oxygen a person is more likely to be startles awake during a night of sleep, often numerous times, sometimes even without knowing.

Obstructive sleep apnea and the resulting deprivation of oxygen often leads to extreme exhaustion in many Americans who typically chalk up their tired state to stress, getting older or a plethora of other causes.

Dr. Joyce Walsleben, an associate professor of medicine at the New York University School of Medicine in New York City, said of the reason many fail to become diagnosed with obstructive sleep apnea, stating, “It’s such a slow process that it can go on for years. People think, ‘Oh, I’m older, it’s normal not to be as peppy,’ and they blow off their symptoms.”

“Besides a lack of energy and the byproducts of too little sleep, sleep apnea can increase your risk of a car accident by as much as 15 times the normal risk,” said Dr. Steven Park, a sleep surgeon at Montefiore Medical Center in New York City, adding, “It also puts you at greater risk of industrial accidents.”

“I’ve seen estimates that life expectancy is lowered by 20 years if you have untreated sleep apnea,” said Park.

On Tuesday NovaSom Inc., the leader in sleep apnea home testing products, unveiled a website dedicated to educating those who suffer from the condition. The website, Apnea.com, is the first of its kind and highlights the potentially hazardous consequences of living with undiagnosed sleep apnea.

“This new educational online resource provides sleep apnea sufferers and their loved ones with crucial information so they can take control of their health. Most undiagnosed sufferers don’t realize their snoring could be a sign or a serious, life-threatening condition, nor do they understand they left untreated sleep apnea can exacerbate other serious health conditions. In recent studies, sleep apnea has even been linked to increased cancer risk. We’ve created Apnea.com to help patients connect their untreated sleep apnea to a host of serious related conditions and realize how important it is to talk to a doctor about getting diagnosed,” said Richard Hassett, MD, CEO, NovaSom Inc.