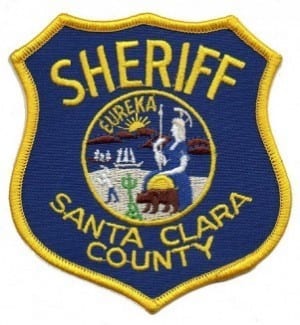 Antolin Garcia-Torres, 21, has been booked on charges of kidnapping and murder in connection with the March 16 disappearance of the 15-year-old

Sierra LaMar has not been seen for over two months. On Monday, Antolin Garcia-Torres was booked on charges of murder and kidnapping in connection with the 15-year-old’s disappearance.

Antolin Garcia-Torres, 21, of Morgan Park, was taken into custody at a Safeway in Morgan Hill, according to the Santa Clara County Sheriff’s Office. Garcia-Torres had been under surveillance since investigators in the case received lab reports that found his DNA on Sierra LaMar’s discarded clothes, according to Santa Clara County Sheriff Laurie Smith.

Sierra LaMar, also of Morgan Hill, disappeared March 16 as she was on her way to school. According to Smith, there is no indication that Sierra LaMar had run away from home and no information pointing to any association between Sierra LaMar and Garcia-Torres.

The arrest brings to the forefront of peoples’ minds what many have already suspected, that Sierra LaMar was murdered. Though no remains have been found of the missing young woman, Smith has said that strong evidence exists pointing to homicide, though no blood has been found. Smith declined to further elaborate on the nature of the physical evidence recovered from Sierra LaMar’s clothes and Garcia-Torres’ vehicle.

Despite charges of murder levied against Garcia-Torres, the family of Sierra LaMar has not given up hope that someday their daughter will be found alive. Marlene LaMar, the mother of Sierra LaMar, said at a press conference Tuesday, “Our search still is not going to end. As a mother, I’m hopeful because her body has not been found.”

A lack of physical remains will complicate any criminal proceedings. Sheriff Smith acknowledges the apparent difficulties in presenting murder charges without recovering the body of the deceased.

“These are very very difficult cases, to prosecute a homicide when you haven’t found the victim.” Smith continued, “We were hoping that he would lead us to where Sierra was.”

According to the sheriff, interviews with Garcia-Torres have not yet revealed anything “substantive” regarding Sierra LaMar’s location.