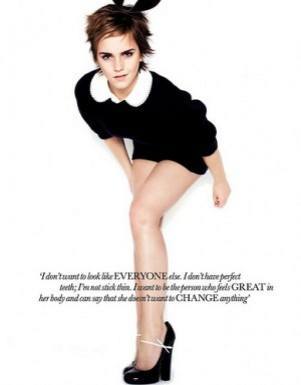 Why women are making the cut

I’ll admit it; even I was captivated by this intriguing trend and gave in to its tantalizing grasp. Since around 2011 I noticed that more and more girls were ditching their long hair and going short, even boy-short, with their haircuts.

In regards to this daring trend, I’m going to analyze why girls have decided to make such a significant statement with what used to be a feminine staple: their long hair.

Lately the newest struggle for women seems to be confidence. Nowadays more and more girls and women are finding themselves stuck within a circle of self-deprecation and self-loathing. Because of photo shop, the emphasis on losing weight and the media promoting girls with beautiful faces and bodies, girls have started to lose self-respect and aren’t as confident.

So, as stars like Anne Hathaway, Emma Watson, Carey Mulligan and Miley Cyrus have chopped off their hair and explored a new side of themselves “a side of confidence and good self-esteem” girls and women have followed in their footsteps.

Watson agrees that having short hair has boosted her confidence, despite the negative reactions from men.

“Well, honestly, I don’t really care what you think!” she says to Glamour magazine of the men who dislike her choice to chop her hair. “I’ve never felt so confident as I did with short hair—I felt really good in my own skin.”

Miley Cyrus told V Magazine the reason behind why she chopped her hair.

“I’m like, ‘Why dont I just cut my hair, all blonde?’ Because I’ve always wanted to do it. I got to pretend to be a Jonas Brother one time and I had to wear a Jonas swoop and as soon as I saw it I was like, ‘Okay, I kind of look dope like that”, she said.

In a tweet following her haircut, she also talks about how pretty she feels since she made the cut. She also talked to MIZZ in an interview about what chopping off long hair means for a girl.

“From the beginning of time, any woman considered hot has had long hair. And I think that is so off because if someone has the confidence to cut their hair, that automatically makes them more relatable because they’re not shy, they have a sense of who they are”, Cyrus said.

So, I guess it’s not the hairstyle that is making girls chop off their locks, it’s the feeling afterwards. Feeling pretty, taking a risk and gaining confidence is what matters and what is encouraging girls to go short. Girls who cut their hair are looking for confidence that they can’t get with long hair. Short hair gives a girl an edge, gives the daredevil a way to show everyone who she really is. The feeling that a woman gets when she cuts her hair is one of confidence. Knowing that her beauty doesn’t lie in her long hair alone is a great reason to be confident.

Watson encourages women to make the cut and just go for it.

“It feels amazing! It’s so easy! I wake up in the morning, and I’m good to walk out the door!”, she said to US Magazine. “Just be confident. Don’t beat yourself up.”