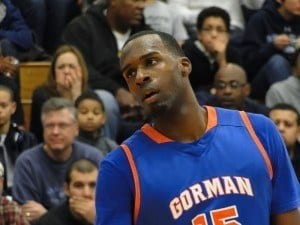 Even though they didn’t make an appearance during March Madness

After much deliberation Shabazz Muhammad is heading to UCLA.

Shabazz is one of the top, if not the top, recruit in America and stood out throughout the year, but he becamse a household name when he scored 21 points at the McDonalds All-American game. He announced via telecast to ESPNU that he’s taking his talents to Los Angeles.

Much speculation led up to the announcement if Shabazz would go to UCLA, Duke or Kentucky. UCLA missed the NCAA tournament last season, but it seems Shabazz wants to be the standout star player of the team. He wouldn’t have had that opportunity if he went to Duke or to the defending national championship team Kentucky.

Kentucky also picked up yet another top recruit, the 6-foot-10 center Nerlens Noel announced in hilarious fashion, saying, “I’ll be taking my talents for college to play at the University of …” and spun around in his chair to reveal his head shaved with the letters UK.

It seems UCLA’s hopes of getting back to the NCAA tournament are on the up and up. Shabazz Muhammad is a prolific scorer because of his size quickness and strength. He is built like Kobe Bryant standing at 6’6’’ and with that has the dribbling, shooting and quickness of a 2-guard but also, with his in-between size and strength, is capable of entering the post and doing damage at all areas of the court.

Here’s his highlight film from high school as a teaser of what’s to come for UCLA: