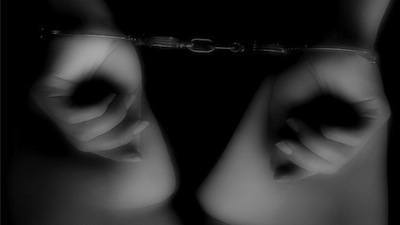 Mr. Grey
Before going into the real meat of the 50 Shades of Grey story, I want to take a good hard look at the now notorious Mr. Christian Grey. The leading man in most romance novels has a certain type. This is something that should be noted about the formula of the romance genre. The leading man is more often than not (yes, there are the exceptions to the rule) all Alpha. The alpha man is charismatic. He is intelligent. He is driven to succeed in anything he does. This of course includes his leading lady. The alpha male in the world of romance is also typically stubborn, proud, and desperately in need of a woman to tame his almost caveman like mannerisms.

Mr. Grey. He is all of these things. Grey fits the mould of the romantic hero. And, then, he doesn’t. In the typical romance novel the leading man will at some point in the story realize he needs to bend and he really is, on the inside, a total sweetheart. Grey is a control freak to the bitter end. There is never a point in the story, and this may be even more clear in the film, where Grey relinquishes his control to the subordinate Anastasia.

Ultimately though, maybe the release and the buzz of the 50 Shades of Grey series has done all of us a bit of good. Before this book, and now film, became a household name, how many out there really knew what the BDSM lifestyle was all about. This, while a negative portrayal, has offered a platform for the public at large to really learn something new. What the public does with this knowledge remains to be seen of course. But, the word is out, and there are many more people opening their eyes to a whole new world of sex, romance, and sub culture. When we learn something new, we learn something new about ourselves as well.

Happy Valentine’s Day! Do what you will, but do so with love.