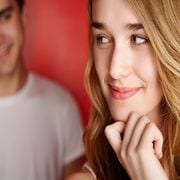 How to resist being pressured into sex

Perception is everything—especially when you’re young. “Sixty-three percent of all 15-17-year-olds agreed either strongly or somewhat that ‘waiting to have sex is a nice idea but nobody really does it,’” according to a Kaiser Family Foundation survey.

The majority of youth (defined as being between the ages of 15- 24) in the U.S. say that “they get a lot of their sexual information from their peers,” according to Jerrold S. Greenberg, author of Exploring the Dimensions of Human Sexuality. People, in general, are preoccupied with sex and relationships and it is no secret that the youth in the United States are likely to be sexually active. But it is becoming more common for individuals to fall to peer pressure and have sex without fully knowing or understanding the results of those actions.

“Nearly one in four sexually active young people contracted a Sexually Transmitted Infection (STI) every year, and one- half of all new HIV infections in this country occurred among people under the age of 25 years,” according to Greenberg.

Whether adults like it or not, the opinions of other young adults often carry more weight than theirs and sex becomes subject to peer pressure. Peers influence life choices and have the power to sway personal decisions.

According to Psychology Today, “One in three boys ages 15-17 say they feel [peer] pressure to have sex, often from male friends. Teen girls feel less [peer] pressure–only 23 percent said they felt such coercion.” Researchers surveyed 1,854 individuals between the ages of 13 and 24 in a nationwide survey.

Sex is a personal decision that should not be influenced or subject to peer pressure, but, unfortunately, peer pressure is not uncommon. The American Public Health Association (APHA), reported by Psychology Today, did a study and found that one of the biggest reasons that teenagers partake in sexual activity is because they believe that their peers are also having sex. The peer pressure to “play the part” of someone having sex pushes others into believing that they should.

Even if their peers really aren’t having sex, the illusion that they are persuades many individuals to become sexually active. Many of the teens that were sexually active reported that most, or nearly all, of the other teenagers in their grade have had sex—regardless of whether or not it was true.

Justin Hancock, a sex educator on the website BishUK, said, “I’m always concerned that primetime shows about young people are exploitative and invite viewers to be critical of young people. Sex and relationships for young people is complex and nuanced and factual entertainment shows only ever really scratch the surface of what is going on for young people,” reported by The Guardian.

An APHA study found that the earlier a teen girl became sexually active, the more likely it was that her partner was older. The younger the girl, the larger the age gap between her and her partner. APHA also found that the age gap in girls who lost their virginity by age 12 usually had partners at least five years older. This shows that older partners may use peer pressure to coerce young teens—including preteen—girls into having sex.

The Centers for Disease Control (CDC) reports that by the age of 20, nearly ¾ of US teenagers have had sex, however the CDC also indicates that number is declining. Among seniors in high school, the number of teenagers who have had sex has dropped to 60.5 percent, from the previous 66.7 percent in 1991.

At the end of the day, young adults must realize that even though it is difficult to avoid, peer pressure should not be a factor in deciding to have sex.