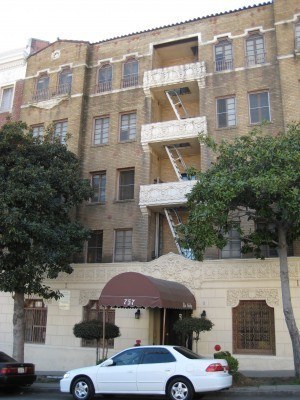 The 62-year old actor shot himself in the head and then called 911.

Daniel von Bargen, famous for his role as Mr. Kruger on “Seinfeld,” is in critical condition after shooting himself in the head Monday, according to TMZ.

Bargen, now in a Ohio hospital, shot himself in what seems to be a failed suicide attempt.

On the 911 operator tape, Bargen tells the operator, “I’ve shot myself in the head … and I need help.”

The operator proceeds to ask if it was an accident and Bargen replies, “I was suppose to go to the hospital, and I didn’t want to.

Bargen also tells the operator that he shot himself in the temple.

When police arrived to Bargen’s apartment complex, they can be heared in the 911 tape, instructing Bargen to keep his hands where they could see them.

Bargen also had roles in “The Silence of the Lambs, ‘O’Brother, Where Art Thou? And All My Children.”

No word on his condition, other than it’s critical.

Listen to the 9-11 call at your discretion: