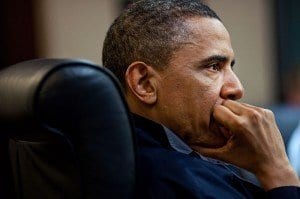 As much as 20 secret service agents and military personnel have been suspected of being involved in the hotel misconduct in Cartagena, Colombia after President Barack Obama made a trip the country last week.

The Defense Department launched a preliminary investigation which reviewed video from the hotel security cameras where the secret service agents were staying. The video uncovered nine military personnel possible in the company of prostitutes. Since the preliminary investigation, 11 servicemen have been placed on leave with their security clearances revoked for allegations of entertaining prostitutes.

Two of the Secret Service agents are senior agents and received pay at the highest levels from the federal government. It is suspected that the two earn over $110,000 annually depending on where the agents were stationed.

The incident is not simply a matter of a small cadre of bureaucrats behaving badly, Darrell Issa said Monday. “What we see is that this story is larger than 11 individuals,” he told CBS. Moreover, it’s part of a “pattern of behavior,” The Republican Issa said, of “activities that clearly compromised national security. We clearly have lost confidence and we need to get that confidence back by knowing that the system will be changed,” he ended.

This is not the first time the Secret Service has come under scrutiny. The Wall Street Journal cited “current and former officials” in the past commented about a “wheels up, rings off” philosophy- a culture suggested throughout the agency’s ranks.

In a letter to all employess of the agency, Secret Service Director Mark Sullivan wrote that it’s “imperative . . . to always act both personally and professionally in a manner that recognizes the seriousness and consequence of our mission.”