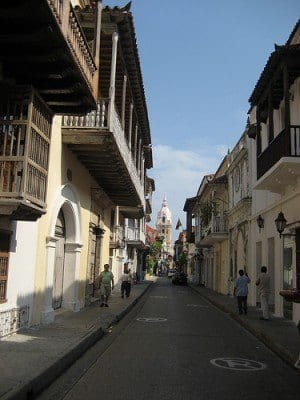 Total officers fired is up to six

The Secret Service has let go three more men in the wake of the prostitution scandal that has rocked the agency this month, bringing the number of firings to six.

The scandal, which is said to involve over 20 Columbian prostitutes, has been such a big issue because it ruins the pristine image of the agency and because of safety concerns. A lawyer for two of the Secret Service supervisors said today that the safety of the President was never at risk and he also “criticized leaks of internal government investigations in the case, signaling their strategy for an upcoming legal defense,” reported Fox News.

The Secret Service scandal broke because one officer refused to pay one of the girls. A fight erupted over payment in the hallway of the hotel where hotel staff had to get involved. According to the New York Times, the 24-year-old Columbian prostitute said the Secret Service officer had agreed to pay $800 for the night, but only gave her $30 when she left in the morning. After the fight occurred, she was paid $225 and then left. The investigation is ongoing.

In lighter news, Spirit Airline once again is profiting from others misfortunes. Their new advertisement offers one way tickets to Cartagena for only $19.80. It claims, “More bang for your buck,” and says, “Upfront payment is required.” Pictured is Secret Service officer, wearing dark sunglasses, an earpiece and a finger over his mouth in front of four scantily-clad women. Spirit Airline released a similar ad in May 2011 around the separation of Maria Shriver and Arnold Schwarzenneger that stated, “Fares so low, you can take the whole family…including that half brother you just met.”