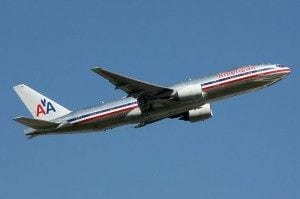 On a flight from Boston to Miami on Saturday, three passenger seats came loose shortly after takeoff, causing the plane to make an emergency landing in New York. Shortly after, on Monday, a flight from New York to Miami returned to John F. Kennedy airport after more unsecured seats were found. More recently, on a flight last week between Vail, CO and Dallas-Fort Worth International Airport, seats came loose yet again.

According to the Federal Aviation Administration, both planes had recently undergone maintenance work involving seats. The maker of the 757s, Boeing, did not comment other than to say that it had nothing to do with the recent maintenance work. Andrea Huguely, American Airlines spokeswoman, says the airline is inspecting eight of its Boeing 757s that have similar seating.

Although there were no injuries, these loose seats pose a potentially dangerous situation should the plane hit turbulence.

Many speculate that these loose seats could be a result of sabotage by workers that are unhappy about pending layoffs and cuts in pay. However, Huguely reported that this is not the case. Apparently there could be a problem with the way in which the seats fit into the tracks on the floor.

These reports have raised questions of safety on the nation’s third largest airline. This could potentially cause passengers to choose another airline instead.