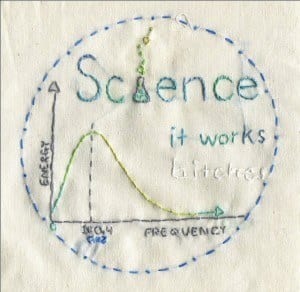 Are there limits to what we can understand about the universe and nature using the scientific method?

“The Cosmos is all there is, all there was, and all there ever will be.”

This quote by Carl Sagan is often cited as a clear example of Scientism, or the belief that the characteristic inductive methods of the natural sciences are the only source of genuine factual knowledge and, in particular, that they alone can yield true knowledge about man and nature. Or in simple pop culture internet terms: the view that science is the only reliable source of knowledge. (wikipedia)

The term more or less refers to using science in excess, or, “in contexts where science might not apply, such as when the topic is perceived to be beyond the scope of scientific inquiry, and in contexts where there is insufficient empirical evidence to justify a scientific conclusion.”
Scientism is usually only used in a negative connotation, as it is considered a regressive world-view that diminishes all other forms of knowledge.

Interesting stuff. While it definitely doesn’t sound like a good thing to “diminish other forms of knowledge,” what we ultimately have here is a way to legitimize magic, supernatural bullcrap, and new age mysticism all while sounding educated and not completely crazy. I’d be very interested in some examples of “contexts where science might not apply”. How does one determine when the context is applicable to science and when it is not? Virtually any context can be said to be not applicable to science and any scientist can be said to be a ..scientism-ist(?) simply by doing good, diligent science.

Mikael Stenmark writes, “[Scientism] is the idea that the boundaries of science (that is, typically the natural sciences) could and should be expanded so that something that has not been previously considered as a subject pertinent to science can now be understood as part of science.”

Why, yes. Of course. That’s the point of science. To better understand the world around us. To expand our understanding. Prior to the scientific revolution, everything we knew was “not pertinent to science” since it had not been invented yet. Once upon a time, disease was caused by demons, curses, or witches, and it was up to the witchdoctor to diagnose the ailment and prescribe the necessary treatment–which often included fire, leeches, exorcisms, and pretty much anything that didn’t work. Practitioners of spiritual healing back then obviously fought vigorously against the idea of germ theory when it was first proposed, saying it was beyond the scope of this so called “science”.

The most prominent subjects that come to mind are those of morality, ethics, and of course religion. When “the theories and methods of one (scientific) discipline are inappropriately applied to another (scientific or non-scientific) discipline and its domain” it signifies a “border-crossing violation” between world-views. In the minds of those who feel threatened by “scientism”, this sort of encroachment into the domain of religion by science obviously can’t be allowed.

“…There must be a separation of state and science just as there is a separation between state and religious institutions, and science should be taught as one view among many and not as the one and only road to truth and reality.”

This quote by Paul Feyerabend screams of a fundamental misunderstanding of what science actually is. “One view among many” is key in articulating his confusion. Science is not a view, an outlook, or a belief–certainly not one among many. Science is the only one of its kind. There have been societies with similar methods of problem solving and ingenuity in the past (from which science ultimately emerged), but they weren’t quite there. For the first time in human history, we are solving problems using a specific, tried and true process that utilizes evidence instead of faith, belief, or introspection. “Not the one and only road to truth and reality” perhaps not, but it’s the one and only road to truth and reality that actually follows the evidence nature leaves behind, and not what our thoughts and imaginations create and/or desire for us. It is outright mistaken and intellectually dishonest to use the “one view among many” argument to put science on the same shelf as ideologies that do not emphasize skepticism, evidence, and objectivity. But above all else, science utilizes the language of mathematics to demonstrate our understanding of nature and to predict, with accuracy untouched by any other “world-view”, the patterns of nature.

Again, extremely vague/somewhat biased rhetoric on the wikipedia page but this quote, “The epistemological approach, the assumption that the scientific method trumps other ways of knowing, and the ontological approach, that the rational mind reflects the world and both operate in knowable ways…” exemplifies how scientism-alarmists I guess you’d call them (people who accuse scientists of scientism) weirdly fail to grasp how truly complex the natural world is. The myriad ways in which the world is unknowable to even the calmest rational mind without the benefit of the scientific method and the knowledge it has yielded over the course of many generations is hard to illustrate.

Science is a means by which humans can understand the universe and nature. If it is a part of the universe, part of nature, then it can be known to science and understood in scientific terms. To say science has a monopoly on truth is not accurate; just truth about the constituents of the natural world and their interactions.
If someone truly believes their god gave them our moral code… well obviously that’s beyond the boundaries of science! That’s clearly one context not applicable to scientific inquiry—his/her personal truth is that god gave us our moral code and meaning to our lives, so who are we “scientists” to say no that’s clearly fuckin bullshit, I don’t believe in god and humans are intelligent apes that evolved from protien-replicating molecules over the course of about 3.8 billion years through extinction, famine, drought, disease, genocide, slavery, colonialism, and innumerable holy wars and I’m a perfectly decent, moral person at most times in most situations.

Moreover, the neurosciences have yielded knowledge about how our brains work that people not even a hundred years ago would be unable to even comprehend. Through various methods of imaging (http://psychcentral.com/lib/types-of-brain-imaging-techniques/0001057) we have been able to see the mechanisms that make us tick more clearly than ever before. Morality is in no way off-limits to science; nor is creation itself. These two elements are linked in science just as they are in religion–but instead of an omnipotent magician creating a planet in five days and a universe in one and paradoxically endowing us with free will and 10 commandments punishable by eternal damnation if violated, it’s the theory of evolution working under the natural laws of the universe over the course of billions of years. From particle physics, to chemistry, to biology, to psychology… The gaps in which god may hide are getting smaller and smaller as one year passes to another.

Accusing someone of “scientism” is not a means of legitimizing a non-scientific claim, nor is it a way to prevent a hypothesis/idea from being tested scientifically on the grounds that the tester is “expanding the boundaries of science” beyond the scope of scientific inquiry. Accusing someone of “scientism” is nothing more than a somewhat clever, somewhat intelligent-sounding way to say, “you’re not allowed to use science to test my beliefs.”