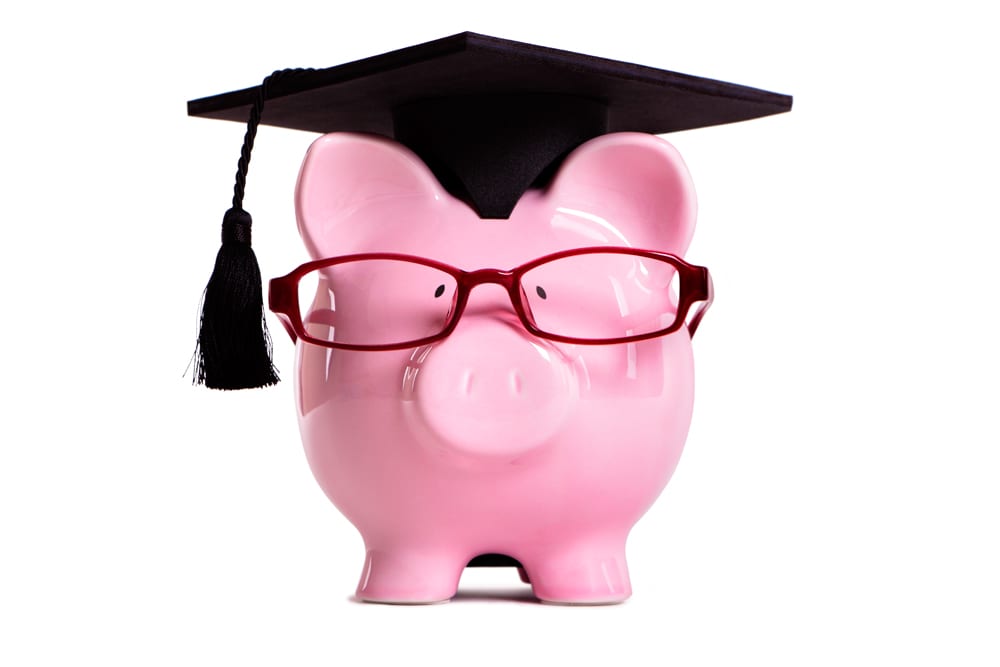 Receiving a college degree is a highly rewarding accomplishment that requires an extensive amount of dedication. And often, a college education awards you with a higher salary than others who lack it. Perhaps, it’s true that you do indeed have to spend money to make money, but with annual tuition expected to increase by an average of 2.4 percent at private colleges and 3.2 percent at public colleges and universities, according to StudentDebtRelief.us—the amount of money to be spent requires taking out a lot in loans. The amount of student loan debt varies between public and private universities, leaving undergraduate students from private universities owing, on average, around $7,000 more than their public school graduate counterparts.

With the total national student debt sitting at about $1.5 trillion, some of the 45 million borrowers who collectively owe that amount could be paying off their loans for the next few decades and maybe even longer. Around 2.8 million people who are age 60 and older were still paying off the 66.7 billion dollars of their generation’s debt in 2017.

There are different types of student loans out there for students. Before attending a university, students are encouraged to fill out the Free Application for Federal Student Aid (FAFSA), the document that allows universities to tell their applicants what type of aid they qualify for.

This aid can come in many forms. A direct subsidized loan is often the best option because the U.S. Department of Education will pay the interest while the borrower is still a student and potentially for some time after they graduate. Unsubsidized loans put the responsibility of paying interest on students, who oftentimes aren’t able to pay while they are still in school, allowing their debt to steadily increase while they complete their education.

Another option is a federal student loan, which offers fixed interest rates and favorable repayment terms such as allowing borrowers to pay less when they first start to work. Some also offer extended repayment plans, which include loan forgiveness after the borrower has made, depending on the plan, 20-25 years of payments.

Private loans, with variable and high interest rates that rarely offer repayment plans, are typically only used in the event that the borrower has exhausted their federal loan options and is still in need.

One of the growing questions surrounding this daunting idea of loan debt is: “What happens if the career I invested money into being educated for doesn’t pay well or worse, isn’t there at all?” Often, it’s less of a question of whether or not to take out loans and more of just figuring out how much is necessary. While the skills obtained from related coursework could be valuable for various other jobs, actual careers available in some fields, such as the postal service, agriculture and journalism are quickly diminishing.

For bachelor students, considering the expected salary of their future career is arguably the biggest factor in their decision of how much to take out in loans. It’s not unlikely for graduates to switch career paths or pursue other, more profitable areas of interest, strictly due to the fear of not being able to make enough money to pay those lenders back.

Graduate students have intimidating student loan debt as well. Lindsey Denton, a graduate student at Lincoln Memorial University in Harrogate, Tennessee, began pursuing her Masters of Science in Nursing in January 2019. “My program is a total of 43 hours which comes out to $33,000 for [only] tuition. I am taking out loans to pay for the whole thing [plus] extra to help me pay for living and eating,” Denton said. “Right now, I live rent free, but if not, I would be taking out [about] an extra $15,000 just to pay for rent, not eating or gas or books.”

She has no scholarships. According to 2014 statistics from msnedu.org, “The average salary of experienced MSN-educated nurses in Tennessee can be as high as $168,000.”

That number is more than twice the average salary of Registered Nurses is Eastern Tennessee, which the website has listed as $51,240. In 2015, studies showed that over the last 15 years, the average student loan balance for post baccalaureate certificate completers at public institutions had been 57 percent higher.

Other options to lessen your debt

The reality of student loan debt has led many students, both undergraduate and graduate, to seek out more grants and renewable scholarships, neither of which have to be paid back and are always readily available through websites, universities directly and many local businesses. For students who have already accrued student loan debt, some schools, like the University of Central Arkansas, offer free access to use the resources provided by Solutions at ECMC. Their website describes Solutions as “a service of the non-profit organization ECMC and is dedicated to helping students manage educational loans.”

This article was originally published in the spring 2019 edition of College News.

College Life Hack: Earn Extra Money on the Side
College Scholarships: Get the Funding Facts
Applying For A Post-Graduate Degree