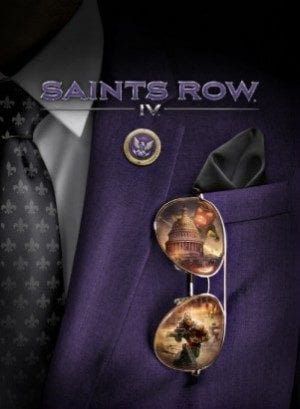 The best Superman game never made

Despite the turmoil of former game publisher THQ, the team at Volition was snatched up and chained to a wall to continue the development of the newest installment in the Saints Row series. On August 20th, fans will finally get a chance to see what countless hours of torture via cattle prods have created when Saints Row IV releases to the public. College News had a chance to go hands-on with a preview build of the game and it did not disappoint. The new gameplay elements mixed with the old have created a strange environment that’s clearly focused on one thing: giving players what they want. Superhero-like abilities melt into dangerous gunplay that create an amalgamation of some of pop-culture’s most popular references.

It would be an insult to developer Volition to say that the story impaled in each of the Saints Row titles is negligible, as the stories are always typically well-done, if not completely ridiculous. That trend continues with the fourth title, seeing the Saints (a former street gang) ascend to the height of power as one of them — you — is now President of the United States, with the others filling in your cabinet. During a typical press conference, where on your way to the podium you are faced with choices like ending world hunger or “f*cking cancer” then punching a senator in the face or the groin, the White House is invaded by a group of hostile aliens intent on enslaving the human race. After a brief skirmish, you’re captured and thrown into a Matrix-like virtual world reminiscent of the Saints Row the Third, only fabricated.

Because you’re plugged in, you have to rely on your faithful friend Kinzie Kensington to relay information about your environment to you. For instance, the aliens have created and rule this world, so you must invade different types of hotspots and fight off the aliens in order to weaken their grasp. To accomplish that, you use quick wit and puzzle solving techniques. OK, not really, there’s no room for that in Saints Row IV. You use big guns and, as you begin to unravel the code within the faux-world, you’ll discover superpowers to help you in different ways. The two initial powers help with locomotion, granting super speed and an incredible jumping ability, but as the preview progresses you’ll also earn an ice blast ability, used to freeze vehicles, enemies and innocent bystanders respectively. Littered throughout the world are collectibles that act as a sort of currency and, similar to the cache used to upgrade your basic abilities, can improve your superpowers as well. Super speed upgrades include reduced stamina cost or faster mobility while your jumping ability can inherit an ability to allow you to jump higher or allow you to glide, emulating a basic flight.

In typical Saints Row fashion, dozens of mini-games are scattered throughout the world for players to enjoy. Car thefts, “virus injections” where you fend off waves of enemies and even races used to show off your blazing speed. The free roam gameplay returns alongside the ridiculous character creation with customizations that allow players to create a steroid-enhanced George Washington with American flag face paint or any other insane combination you can think of. The story is superficial, pitting you in a seemingly impossible situation of defeating aliens that are more plentiful and more advanced than you are, but that’s the joy. Instead of creating a weighty, thought-provoking story, Volition has opted for incredible gameplay, dozens of weapons, super powers and explosions. Saints Row IV may very well be the best (most ridiculous) Superman game that was never created.